You are here: Home / International / Trump draws condemnation from Lancet over WHO letter 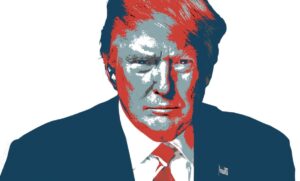 U.S. President Donald Trump has been criticised in a statement from The Lancet concerning a four-page letter he sent to World Health Organization (WHO) Director-General Dr Tedros Adhanom Ghebreyesus, concerning the agency’s handling of the COVID-19 crisis.

Trump shared the four-page letter on Twitter and described it as “self-explanatory.” Trump had earlier announced his decision to suspend funding to the WHO from the United States, which is the organisation’s largest single benefactor. At the time, Trump alleged that “the WHO failed to adequately obtain and share information in a timely and transparent fashion” and “pushed China’s misinformation about the virus.” The decision was widely criticised.

Earlier this week, Trump labelled the WHO “a puppet of China” and “China-centric.”

Trump’s full letter contains a number of allegations against the WHO. Concluding, Trump says “it is clear the repeated missteps by you and your organization in responding to the pandemic have been extremely costly for the world. The only way forward for the World Health Organization is if it can actually demonstrate independence from China.” If not, Trump threatens to “make my temporary freeze of United States funding to the World Health Organization permanent and reconsider our membership in the organization” should the WHO fail to “commit to major substantive improvements within the next thirty days.”

However, The Lancet has taken umbrage with the letter. In his letter, Trump writes

“The World Health Organization consistently ignored credible reports of the virus spreading in Wuhan in early December 2019 or even earlier, including reports from the Lancet medical journal.”

The Lancet responded “this statement is factually incorrect. The Lancet published no report in December, 2019, referring to a virus or outbreak in Wuhan or anywhere else in China. The first reports the journal published were on January 24, 2020.” The first report, the statement says, was led by “scientists and physicians…all from Chinese institutions. They worked with us to quickly make information about this new epidemic outbreak and the disease it caused fully and freely available to an international audience.”

The second report referred to in the statement (published the same day) “included scientists and physicians from Hong Kong and mainland China.” It “described the first scientific evidence confirming person-to-person transmission of the new virus.”

In closing, the statement criticises Trump in strong terms. It states the “allegations levelled against WHO in President Trump’s letter are serious and damaging to efforts to strengthen international cooperation to control this pandemic.” It emphasises that “it is essential that any review of the global response is based on a factually accurate account of what took place in December and January.”

An earlier editorial by Lancet editor Richard Horton accused the Trump administration of making “unfounded allegations against WHO” and said his “decision to harm an agency whose sole purpose is to protect the health and wellbeing of the world’s peoples is a crime against humanity. It is a knowing and inhumane attack against the global civilian population. He should restore WHO’s funding immediately and offer the agency his full and unconditional backing.”