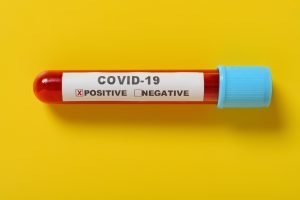 The Indian Council of Medical Research (ICMR) is in the process of procuring more rapid antibody tests, according to a report filed in The Economic Times citing government sources.

A total of 4,500,000 antibody tests were ordered, according to an official quoted in the report, of which “only five lakh arrived. [The] rest…will be arriving in tranches from this week.” The official said that “a new lot of kits will arrive anytime. They will be validated. But we are not placing any fresh orders. The states can order if they want to.”

An earlier controversy was sparked by the procurement of antibody testing kits from two Chinese manufacturers, which the ICMR directed states to stop using owing to fears of reliability. The decision was condemned by some Chinese officials. Ji Rong, a spokesperson of the Chinese Embassy in Delhi, said in a statement “we are deeply concerned with the evaluation results and the decision made by Indian Council of Medical Research. China attaches great importance to the quality of exported medical products. Recently, [the] Chinese Embassy in India has maintained close contact with ICMR and the two Chinese companies to find out the real situation…China not only sincerely supports India in its fight against COVID-19, but also takes concrete actions to help.

“The quality of medical products exported from China is prioritised. It is unfair and irresponsible for certain individuals to label Chinese products as “faulty” and look at issues with preemptive prejudice. Regarding the current issue [that] occurred, we hope the Indian side could respect China’s goodwill and sincerity, strengthen communication timely with relevant Chinese companies based on facts, and resolve it reasonably and properly.”

The ICMR has faced criticism over procuring the allegedly faulty antibody tests. “In a situation where international procurement is extremely fraught, it is important to take additional precautions and safeguards against inflated quotations and unscrupulous suppliers,” said Malini Aisola, co-convenor of the All India Drug Action Network. Aisola said that the “ICMR, a scientific body, lacked prior experience required for undertaking procurement in a sensitive pandemic situation which requires additional safeguards, and should never have been tasked with it.”

Testing for COVID-19 has been a subject of concern in India previously, prompting efforts to scale up testing. “The ICMR has reached a per day testing level of about 70,000 and has conducted 10,40,000 tests till Saturday evening,” an ICMR official told The Press Trust of India earlier this week. A target of one lakh tests per day by next week is aimed for by the Union Ministry of Health and Family Welfare. Until April 30th, 902,654 tests were carried out. This figure increased by 137,346 between May 1st and 2nd.