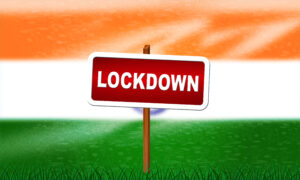 From May 4th, the COVID-19 lockdown will be extended for two more weeks, it has been announced. However, some areas of the country will see restrictions relaxed.

The announcement was made in a notification which said that the decision to extend the lockdown was made “after a comprehensive review, and in view of the lockdown measures having led to significant gains in the COVID-19 situation in the country.” COVID-19 – the disease caused by the severe acute respiratory syndrome (SARS-CoV-2), often referred to just as the coronavirus – has resulted in 1,154 deaths in India at the time of writing. There have been more than 35,043 confirmed SARS-CoV-2 infections in the country to date, with 24,821 active COVID-19 cases.

Experts are divided on the efficacy of the lockdown first imposed in late March, with the goal of tackling COVID-19. Some have said that the lockdown has been more effective in tackling COVID-19 than in other nations. Others say it has not flattened the curve in a comparable way with countries such as Italy and Spain which saw a voluminous number of cases.

Citing an earlier letter from the Union Ministry of Health and Family Welfare, the notification explained the criteria for the three zones as follows: “the Green Zones will be districts with either zero confirmed cases till date; or, no confirmed case in the last 21 days.  The classification of districts as Red Zones will take into account the total number of active cases, doubling rate of confirmed cases, extent of testing and surveillance feedback from the districts. Those districts, which are neither defined as Red nor Green, shall be classified as Orange zones.” The classifications will be shared between the Union Health Ministry and the state and union territory governments on a weekly basis or as required.

Outlined in the notification are the measures to be taken in so-called ‘containment zones’, defined as “the most sensitive areas of the country, from the spread of COVID-19 point of view…these are areas where there is significant risk of spread of the infection.” These “would have intensified surveillance protocols, with contact tracing, house to house surveillance, home/institutional quarantining of persons based on their risk assessment, and clinical management. Strict perimeter control would need to be ensured, so that there is no movement of people in and out of these Zones, except for medical emergencies, and for maintaining supply of essential goods and services.”

There are some relaxations in orange and green zones, to permit some forms of economic activity. As explained in a Bloomberg article, “industrial establishments in urban areas, including special economic zones, will be allowed to operate, as well as manufacturing units for essential goods, including drugs, pharmaceuticals and medical devices and IT hardware production…private offices and government departments can operate with 33 percent capacity.”

However, the notification said that “a limited number of activities will remain prohibited throughout the country, irrespective of the Zone.” Such activities include “travel by air, rail, metro and inter-State movement by road [although some travel is permitted for select reasons, pending MHA approval]; running of schools, colleges, and other educational and training/coaching institutions; hospitality services, including hotels and restaurants; places of large public gatherings, such as cinema halls, malls, gymnasiums, sports complexes etc;  social, political, cultural and other kinds of gatherings; and, religious places/places of worship for public.”

Prime Minister Narendra Modi reviewed the COVID-19 lockdown with Chief Ministers earlier this week. He said “we saw a two-stage lockdown, with strict measures in the first phase and then some relaxations in the second.” Now, he said, “efforts of states should now be directed towards converting the red zones into orange and thereafter to green zones.”