You are here: Home / Opinion / Hammer Blow to Affordable Healthcare— The Impact of Health Cess (Op-Ed) 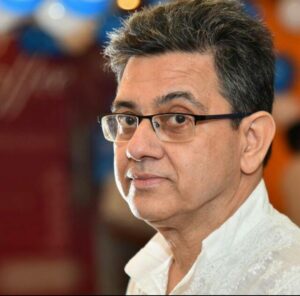 By Rakshit Tewari, a public healthcare consultant and an advocate for rational and affordable access to equitable healthcare

The year 2019 had healthcare on the ballot with the government riding on the Ayushman Bharat wave, promising affordable healthcare to all. The year 2020 will tell us if the Government will be able to make affordability a new reality for India. Moreover, India is now five years away from its goal to raise its healthcare spending to 2.5 percent by 2025. This is where the Union Budget 2020-21 becomes crucial as it sets the precedent for the next five years to come.

Ironically, Union Finance Minister Nirmala Sitharaman announced an additional five percent health cess on import of medical equipment in the recent budget, making imported medical devices costlier. In a market that relies on imports for eighty percent of medical devices, when the import duties raise the prices of this equipment, the most important question here is — who will end up paying for this infrastructural overhaul in healthcare? The unfortunate answer — patients. Then how is the government planning to boost affordability with the new health cess?

Despite it being called a health cess, the Finance Ministry has clarified that it won’t be a tax on tax and instead an additional 5 percent duty. The import duties on medical devices includes 7.5 percent basic import duty, a new ten percent social welfare charge on the basic import duty and an additional five percent health cess. This takes the overall duties to 12.5 percent as compared to an earlier duty of 7.5 percent. Apart from this, a twelve per cent integrated goods and service tax (IGST) means the overall taxation on patients now stands at 24.5 percent.

The government intends to utilise the health cess to hit two targets with one bullet. Firstly, to improve the health infrastructure by utilising the proceeds to build hospitals in tier 2 and tier 3 towns and then provide an impetus to the domestic industry by taxing the imports and making them costlier for patients to opt for.

While the move to intensify its stance at strengthening the domestic market under this budget sounds promising, there are not many domestic manufacturers who may benefit from it and the plan to tax the patients for using widely available imported devices may only adversely impact the healthcare sector. On the other hand, it is the patients who will pay for the construction of the hospitals, throwing their out-of-pocket healthcare expenditure out of control by directly impacting the expense of the treatment borne by the patient.

At a time when a weak spend on healthcare is more pronounced than ever before, we should be looking at solutions which do not have patients at the receiving end. In 2019, the National Health Accounts (NHA) released a report stating, “patients bear a big chunk of health expenses — as high as 61 percent of the total health expenditure — by themselves.” Now, even though the Centre committed to increasing the allocation of healthcare in the National Health Policy 2017, the numbers did not change until 2019. If you look at the World Health Organization (WHO)’s health financing profile for 2017, it reveals that more than 65 percent of healthcare spend was paid out of pocket (by the patients) in comparison to the world’s average of 18.2 percent.

We have already seen the impact of price caps on medical devices. In a country that is heavily import-dependent to treat its patients, it is important to lift the pall of uncertainty for global investors. The proposed health cess could potentially throw a wrench in the wheel of progressive healthcare policies with growing concerns from the industry and stakeholders. Global industry has indicated that removal of duty exemption on critical implants will hugely impact their ability to continue bringing innovative medical implants to India. The move may only hurt the sector which is reeling under price capping on premium devices. Moreover, such steps could impact the investments being made in research and innovation by the global medical devices companies in India.

We live in times when our lives have a global dimension. The statement holds particularly true in the case of healthcare. With the pandemic of non-communicable diseases (NCDs) staring hard at us, at a time when diabetes has 72 million Indians under its fold, and India reeling under the cardiovascular disease burden, there is a need for new treatment options and advanced technology to address these concerns. At a time when the world is taking the dialogue on healthcare notches higher with global harmonisation taking the lead, it seems like India is still struggling with creating a stable and predictable market environment for the medical device industry.

Editor’s note: The opinions expressed in this op-ed do not necessarily reflect those of the Health Issues India editorial board, nor its publisher.