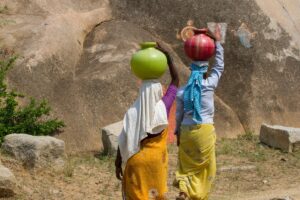 Prime Minister Narendra Modi garnered publicity with a high-profile announcement that, in honour of International Women’s Day (observed today) this year, he “will give away [his] social media accounts to women whose life and work inspire us. This will help them ignite motivation in millions.”

Giving visibility to women, their perspectives and their issues is effectively the crux of International Women’s Day. While Modi’s move has been controversial, with commentators cited by Al Jazeera dismissing it as a “gimmick”, “patronising”, an act of “publicity and no work” and a “distraction”, it is important to utilise the occasion of International Women’s Day to shed light on the many issues facing women today. India, in particular, should look at the pervasive issues of gender and sex discrimination that once led to India being called the most dangerous country in the world to be a woman.

Falling behind the rest of the world

Last year, India fell behind in the Global Gender Gap Report 2020 issued by the World Economic Forum. As reported by Health Issues India at the time, “in the overall metrics, of the 153 countries surveyed, India fell four places to 112th compared [to the previous Report] – suggesting that not only is insufficient progress being made, India is falling behind. The overall metric was majorly influenced by a small number of factors in which India is in the bottom five of all countries listed — marking key areas where issues are not being addressed.”

The issues flagged by the World Economic Forum included access to healthcare for women. In terms of health and survival rates for women, India ranked fourth from last. On economic participation and opportunity, India ranked within the bottom five. On educational attainment, India ranked 112th. As interpreted by Health Issues India, this is “indicative that the educational performance of young girls is not being optimised.” The only indicator on which India performed well was political empowerment, ranking eighteenth in the world.

To be clear, India has made progress on some fronts. In the example of sexual and reproductive health, its legislation concerning abortion is relatively liberal. Earlier this year, the Union Cabinet actually approved proposals to further liberalise India’s abortion laws, extending the timeframe within which such a procedure can be availed to 24 weeks as opposed to the previous twenty-week limit. This was welcomed by commentators, who described it as “a progressive reform.”

India has also made progress on the issue of maternal mortality. Last year, it was reported that India’s maternal mortality ratio has declined. As Health Issues India reported last year, “between the 2014-16 and 2015-17 periods, the maternal mortality ratio in the country as a whole declined from 130 deaths for every 100,000 live births to 122…the decline equates to 2,000 fewer maternal deaths each year.” The Sample Registration System described this change as “heartening.” However, on these two issues, belying them are manifold issues.

In the case of abortion, whilst India’s laws traditionally have been liberal – especially compared to other countries – an environment still persists which results in many women feeling compelled to seek out unsafe, illicit, ‘backdoor’ abortions. The death toll as a result of unsafe abortions in India is staggering. With 56 percent of abortions in India believed to be unsafe, it is unsurprising though no less disheartening that an estimated thirteen women die because of unsafe abortions on a daily basis.

The issues surrounding healthcare and development as they pertain to the health of India’s women and girls are in dire need of addressing. Doing so will require a wholesale effort to tackle gender discrimination and end the needless deaths it causes.

Gender discrimination is observable in the country’s skewed sex ratio. The practice of sex-selective abortion in India, though illegal, is widespread. It continues by virtue of an underground market and weak regulation and enforcement of the law. As previously noted in Health Issues India, “There are no guidelines or measures to stringently monitor ultrasound clinics. Besides, there is poor monitoring of ultrasound clinics. These clinics are required to maintain records of scans they perform which are often modified and the clinics that violate this requirement are let off with a small fine.”

The atmosphere of sex discrimination in India can be argued to facilitate what The Independent called “a rape culture in denial”, in the wake of the brutal gang-rape and murder of a 23-year-old woman in Delhi in 2012. As previously reported by Health Issues India

“Rape is a major issue in India when it comes to public health, society, and law, serving as a chilling reminder of the country’s gender gap. In 2013, 93 women were raped every day in India. According to the National Crime Records Bureau (NCRB), 34,651 cases of rape were reported in 2015. According to Feminism India, 2.5 million crimes against women – of which rape accounts for around twelve percent – have been reported in the last decade. The overall number of crimes against women increased by 83 percent between 2007 and 2016.”

The Independent also reports that “rape is one of the most under-reported crimes in India – with some estimates indicating ninety to 95 percent of rape cases remain unreported.” The conviction rate for rape, the paper reported, is much lower compared to other crimes. Indian girls and women also risk sexual harassment, being stalked, and even female genital mutilation despite past denials by the Government that the practice even occurs within the country’s borders.

The Indian Government has made overtures towards the empowerment of women such as through its Beti Bachao, Beti Padhao Yojana, a scheme designed to promote female empowerment. In this year’s Union Budget, Nirmala Sitharaman said that the scheme had “yielded tremendous results.” However, others disagree. A BloombergQuint report published last year found that “over 56 percent of the funds allocated under the ‘Beti Bachao Beti Padhao’ scheme from 2014-15 to 2018-19, were spent on “media related activities”. In contrast to this, less than 25 percent of the funds were disbursed to districts and states. Over 19 percent of the funds weren’t released by the government in the first place.”

It noted that India’s sex ratio – improvement of which was a key aim of the scheme – is not improving uniformly between states. Indeed, ascertaining the true scope of India’s sex ratio is difficult as different data provides different results and some states fail to report information. Twelve out of 22 states who reported data about their sex ratio to government think tank Niti Aayog reported it to be worsening.

International Women’s Day is an important observance. It sheds light on women’s issues related to health and development; provides leaders and the community with a chance to take a stand against misogyny, sexism, and discrimination; and can lift up the voices of women leaders and highlight what returns meaningful investments in the health, education, and empowerment can yield. However, to discard these the day after would be a flat repudiation of what International Women’s Day stands for.

India has work to do. A healthy sex ratio, a firm stand against violence against women, the empowerment of young girls, lessening stigma attached to menstruation, guaranteeing access to reproductive rights: by no means are these challenges unique to India, but as a country home to more than 672.5 million women, it must grapple with them and work towards sustainable, effective, equitable solutions.