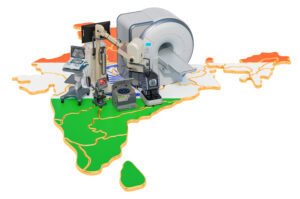 The impasse between government think tank Niti Aayog and the Union Ministry of Health and Family Welfare over a controversial medical devices bill may be over according to a recent report filed in The Economic Times.

Discord emerged between the two bodies over a proposed regulatory overhaul of medical devices in the country, which would bring all such equipment under the purview of the Central Drugs Standards and Control Organisation (CDSCO). This, in effect, would treat them as drugs as per the Drugs and Cosmetics Act. Niti Aayog disagreed with this proposal and issued the draft Medical Devices (Safety, Effectiveness, and Innovation) Bill which proposed a separate regulator for medical devices.

“Among the provisions of the Medical Devices Bill, according to a Business Standard report, are the establishment of a Medical Devices Administration (MDA) consisting of four divisions to improve “ease of doing business.” This would be parallel to the Central Drugs Standards and Control Organisation (CDSCO) under the purview of the Directorate General of Health Services (DGHS). The four divisions cover health and safety, conformity assessment, enforcement, and laboratory and medical devices testing. The Government would also establish a National Register of Medical Devices.”

At the time, Niti Aayog explained that “there can also be a separate statutory body on the lines of the Food Safety and Standards Authority of India (FSSAI) for the regulation of medical devices. A final decision on the same has not been taken. However, the Government has decided that medical devices would now be regulated by a separate body. The official said the industry was divided in its opinion. While some wanted an autonomous statutory body on the lines of the FSSAI, others preferred medical devices regulation to remain under the CDSCO.”

The proposed centralised regulation of medical devices by the Union Health Ministry had been criticised by Niti Aayog over concerns that the CDSCO lacked the expertise necessary for the regulation of medical devices. Despite some misgivings from Niti Aayog, the internal disagreements were later downplayed and it seems that an accord has been reached between the Ministry and the think tank over the Medical Devices Bill.

The Economic Times report quoted one source who said “all stakeholders have arrived at a consensus over the bill and we will soon make a presentation before the PMO [Prime Minister’s Office] for their approval.” The final draft will maintain the central regulation of medical devices by the CDSCO and not provide for a separate regulator of medical devices. However, there will be a separate Act to regulate medical devices in lieu of the Drugs and Cosmetics Act.

The final draft also provides for a technical expert to head a division concerning medical devices. Indian Institutes of Technology (IITs) may be solicited for the purpose of certification of medical devices; a decision as to the same is pending. The Bill also looks to the development of standards for sale in markets overseas, as well as aiming to bolster domestic manufacturing of medical devices.

With the ostensible impasse resolved, the Medical Devices (Safety, Effectiveness, and Innovation) Bill is next to receive a Union Cabinet note. It will then be tabled before lawmakers in Parliament.