You are here: Home / Noncommunicable diseases / Cancer deaths at 6,000 in Maharashtra: How this fits in with the national burden 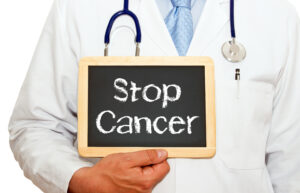 Cancer is among the leading threats to public health the world over – India being no exception. In Maharashtra, the country’s second-most populous state, the disease incurred a significant toll last year in terms of mortality, with the state health minister confirming that Maharashtra recorded almost 6,000 cancer deaths last year.

Rajesh Tope, who serves as minister of health in the state cabinet, informed lawmakers that as many as 5,727 Maharashtra denizens lost their lives to the disease in 2019. The total number of cancer deaths each year in India stands at 784,821. In a written reply to an inquiry by Niranjan Davkhare, a member of the Maharashtra Legislative Council belonging to the BJP, Tope said that 11,036 new cancer cases were reported in the state last year. Maharashtra reportedly accounts for nine percent of total cancer cases in the country. Tope cited data from the National Centre for Disease Informatics and Research in his response.

Tope further said that publicly-run hospitals in eleven of Maharashtra’s 36 districts offered chemotherapy for the treatment of cancer. He also acknowledged that the state’s oncology workforce is incommensurate with demand. This is reflective of India as a whole.

As noted by Health Issues India last year, “the threat the disease poses to public health is exacerbated by the state of cancer care infrastructure…the country has approximately 1,250 oncologists to manage its significant demand and, by 2040, will require 7,300 oncologists in order to cope with its cancer burden. A mere 62 dedicated cancer care centres operate in the country – making it an unsurprising though no less grim finding that 83 percent of India’s cancer patients are failed on their treatment.” Indeed, a parliamentary panel castigated the state of India’s cancer infrastructure as “highly inadequate” late last year – and such inadequacies do translate to cancer deaths that could have been prevented.

Insufficient levels of infrastructure and human resources, Health Issues India noted, “[provide] an obstacle to early diagnosis which…often negatively affects patient outcomes. In the case of breast cancer alone, the proportion of those who present with the disease in advanced or metastatic stages is between fifty and seventy percent.” In addition, that India’s cancer infrastructure is far from fit-for-purpose comes at a time when the country’s cancer burden is rising.

By 2040, new cases are anticipated to rise to approximately twenty lakh by 2040, compared to 11.6 lakh currently. This will include as many as 1.5 million cases requiring chemotherapy. Already, India’s cancer infrastructure is swamped by those in need of care unable to avail it. As stated by a 2019 paper, “as a result of the great increase in cancer, all public cancer treatment facilities are overcrowded and teeming with patients, resulting in India’s cancer problem being called an epidemic or a tsunami.” Without improvements in India’s cancer infrastructure and efforts to bolster its workforce, this scenario is highly unlikely to subside.

Maharashtra is making overtures towards improving its cancer infrastructure. Tope has informed that, in civil hospitals spanning sixteen districts, healthcare staff have been trained in cancer treatment at the Tata Memorial Hospital in state capital Mumbai. Further training in this vein is lined up for the 2020-21 period. In addition, state minister of medical education Amit Deshmukh announced that the publicly-run J. J. Hospital in Mumbai is to establish a cancer treatment centre.

Such efforts are welcome. As the data presented by Tope concerning cancer deaths, and the figures pertaining to cancer mortality at the national level clearly convey, the country’s burden of the disease carries a real human cost. If India is to effectively grapple with its cancer burden, wholesale, spirited efforts are necessary to upgrade its cancer infrastructure and give patients a fighting chance of recovery and survival.