You are here: Home / Medicine and Research / Yogic sciences knowledge a must for Karnataka doctors 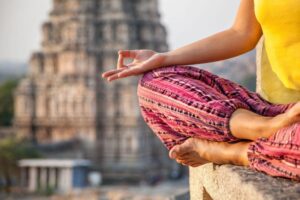 Doctors in Karnataka must display awareness and knowledge of the yogic sciences, a government official has said.

Dr K. Sudhakar, the Minister of Medical Education in the Karnataka state government, addressed a convocation ceremony at the Bangalore Medical College and Research Institute recently. There, he said that “doctors must have good knowledge of yoga and pranayama [breath control]. Medical education must add yogic sciences as in the 21st century, every western country has begun appreciating yogic sciences and is taking it as a holistic approach towards health after consulting [the] right doctors.”

Sudhakar emphasised the role practices such as yoga can play in preventative medicine, going so far as to assert that “there are things that can be prevented through yogic sciences and not by allopathic medicines. Prevention is better than cure, so I want yogic sciences to be brought into the sphere of medical education.”

The promotion of yogic sciences and the practice of yoga has been emphasised by the Government of India in recent years. As Sudhakar’s remarks show, this has translated to a state-level embrace of traditional practices linked to health and wellbeing.

“Yoga today, is no longer restricted to hermits, saints, and sages; it has entered into our everyday lives and has aroused a worldwide awakening and acceptance in the last few decades,” explains the Ministry of Ayurveda, Yoga and Naturopathy, Unani, Siddha, and Homoeopathy (AYUSH). “The science of Yoga and its techniques have now been reoriented to suit modern sociological needs and lifestyles. Experts of various branches of medicine including modern medical sciences are realising the role of these techniques in the prevention and mitigation of diseases and promotion of health.”

Perhaps there has been no more visible proponent of yoga in India than Prime Minister Narendra Modi. Since assuming power in 2014, he has extolled the yogic sciences on the national and international stages. Modi’s efforts to secure recognition for the ancient practice led to the United Nations General Assembly adopting an India-led resolution to designate June 21st as International Day of Yoga.

Yoga can indeed have a number of benefits for physical and mental health. As such, while scurrilous claims about the benefits of alternative and traditional medicinal therapies and practices being able to cure any and all diseases (as has been the case in some quarters), promoting yoga as a means of improving and benefiting one’s health could be beneficial for patients. As such, the call for Bengaluru’s doctors to be aware of yogic sciences could be a positive step.