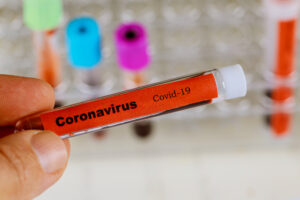 Three cases have been reported in India, all of whom have recovered. In addition to three Indians who have tested positive in-country, four Indian nationals tested positive for COVID-19 aboard the Diamond Princess cruise ship moored off of the coast of Japan and are being treated on the mainland. There, sources indicate that all four patients “are responding well to the treatment.”

Union Minister of Health and Family Welfare Dr Harsh Vardhan recently met with Indians repatriated from Wuhan, who had been held for observation at a quarantine facility in the Delhi village of Chhawla established by the Indo-Tibetan Border Police (ITBP). More than 600 Indians were repatriated from Wuhan and have been quarantined since. Of these, 406 were held at the ITBP facility in Chhawla and 220 were held at an army-run centre in the town of Manesar in Haryana’s Gurugram district. As individuals were discharged from the facilities having tested negative, scenes of jubilation were reported. “We are taking extra precautions,” Vardhan reported. “If we have doubts, we carry out tests.”

Prime Minister Narendra Modi, who is “personally monitoring” the COVID-19 situation, felicitated those who were involved in the evacuation of Indian nationals from Wuhan. Letters signed by the Prime Minister were given to those involved in the rescue mission, who included 68 Air India crew members; doctors who were part of the medical team; and nursing officers at Safdarjung Hospital and the Dr Ram Manohar Lohia Hospital in Delhi. In his letter, the Prime Minister commended their “grit, determination, and compassion” and “life-saving efforts” which he said proved “that the true test of character lies in adversity.”