You are here: Home / Infectious diseases / 2019-nCoV outbreak: How vulnerable is India? 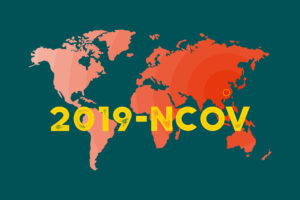 The 2019-nCoV outbreak that originated in China has spread worldwide, including to India which researchers in Germany have named the country seventeenth most at-risk of importing 2019-nCoV cases.

At the time of writing, 40,651 confirmed cases of 2019-nCoV have been reported. 36,191 people are currently infected, with 3,550 having recovered and/or been discharged. 910 deaths due to the 2019-nCoV outbreak have been reported. The death toll has exceeded that of previous outbreaks of Middle East respiratory syndrome (MERS) and severe acute respiratory syndrome (SARS).

The disease is spreading largely through international travel, researchers from Humboldt University and the Robert Koch Institute have said. They analysed air traffic patterns of 4,000 airports worldwide, sharing more than 25,000 direct connections. It identified a relative import risk for 2019-nCoV of 0.219 percent for India, the ‘relative import risk’ referring to the percentage of people travelling to another country from the affected area.

“The spread of the virus on an international scale is dominated by air travel,” the researchers cautioned. “The busier a flight route, the more probable it is that an infected passenger travels this route. “Using these probabilistic concepts, we calculate the relative import risk to other airports. When calculating the import risk, we also take into account connecting flights and travel routes that involve multiple destinations.”

Wuhan, capital city of China’s Hubei province, served as the epicentre of the 2019-nCoV outbreak. “Wuhan…was the relevant major domestic air transportation hub with many connecting international flights before the city was effectively quarantined on January 23, 2020, and the Wuhan airport was closed,” the researchers said. “By then the virus had already spread to other Chinese provinces as well as other countries.”

Screening efforts are underway at Indian airports as a means of combating the 2019-nCoV outbreak. Union Health Minister Dr Harsh Vardhan has confirmed that more than 1.97 lakh passengers from across 1,818 flights have been screened for 2019-nCoV. At the end of January, the Union Ministry of Health and Family Welfare reported that screening for 2019-nCoV was underway at airports in Ahmedabad, Amritsar, Bagdogra, Bengaluru, Bhubaneswar, Chennai, Coimbatore, Delhi, Gaya, Goa, Guwahati, Hyderabad, Jaipur, Kolkata, Lucknow, Mumbai, Trichy, Trivandrum, Varanasi, and Vizag.

“Regular monitoring of all cases coming from China in the country and people who have contact with such people and who have fever and cough, has been started,” he said. “At this time 9,452 passengers are being monitored in the country.”