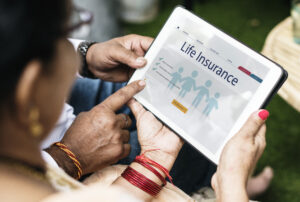 The PMJJBY is a life insurance scheme, for which those aged eighteen to fifty are eligible. The scheme offers cover of Rs 2 lakh for one year between June 1st and May 31st, which is renewable. The PMSBY is an accident insurance scheme available to those aged eighteen to seventy. It has the same coverage period as the PMJJBY and offers risk coverage of Rs 2 lakh for accidental death and Rs 1 lakh for partial disability.

The Prime Minister addressed these insurance schemes during a meeting held on January 22nd, The Economic Times reported in recent days. According to the minutes of the meeting obtained by the publication, Modi directed that “the Department of Financial Services, states and UTs [union territories], banks and insurance companies should develop a mechanism to make automatic, hassle-free and timely payment to policyholders.” The Prime Minister also said that the “Department of Financial Services and banks should sensitise their officers to increase efficiency and effectiveness for dealing with grievances” and that efforts should be undertaken to increase coverage under the two schemes.

The PMSBY and the PMJJBY were formally launched by Prime Minister Modi on May 9, 2015 in Kolkata, West Bengal, in addition to a third insurance scheme – the Atal Pension Yojana (APY). The insurance schemes were announced by then-Union Finance Minister, the late Arun Jaitley, in that year’s Union Budget. The Union Finance Ministry announced that the time that the schemes would represent “a pathbreaking initiative towards providing affordable universal access to essential social security protection in a convenient manner linked to auto-debit facility from the bank account of the subscriber.”

In December last year, it was reported that the PMJJBY and the PMSBY had enrolled 5.91 crore and 15.47 crore respectively according to incumbent Union Finance Minister Nirmala Sitharaman.