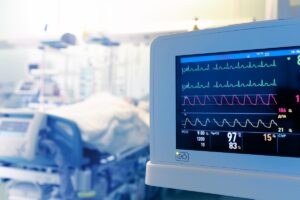 The Medical Council of India (MCI), in a controversial decision, will not recognise cardiologists with a postgraduate diploma from the Indira Gandhi National Open University (IGNOU). The move has sparked fears by commentators that the already deficient workforce of cardiologists in India – a country where heart disease is the leading cause of death – will shrink even further although the MCI stands by its decision on the basis of existing legislation.

As previously reported by Health Issues India, heart diseases are responsible for 1.7 million deaths in India every year. In 2016, heart disease accounted for 28.1 percent of all deaths. However, there are just 4,000 cardiologists in India – versus a demand for 88,000 such practitioners.

The decision to deny recognition to IGNOU-graduate cardiologists by the MCI will result in the cardiology workforce declining. The decision affects 1,706 cardiologists, some of whom have already been practising in the discipline.

The MCI, for its part, argues that IGNOU had initiated the two-year Postgraduate Diploma in Clinical Cardiology (PGDCC) without their clearance as is mandated. The PGDCC has since been discontinued. However, they have been criticised for denying recognition to the graduates in view of the shortfalls in cardiac care in India.

“The objective of this course was to train physicians working in semi-urban areas in community cardiology to diagnose and prevent cardiac ailments,” TNN cited cardiologist Dr Devi Shetty as saying. “It [IGNOU’s PGDCC] was not meant to compete with medical colleges. The irony is that MCI is objecting to a course started by the Union Health Ministry. There is certainly some wisdom lacking here. Most cardiologists live in cities and the worst affected will be patients in non-urban set-ups.”

The controversy is not a new one. Last year, the MCI’s Board of Governors said it would not recognise the PGDCC from IGNOU despite requests to do so from the Indian Association of Clinical Cardiologists. However, the Delhi High Court subsequently directed the MCI to reconsider its decision to not recognise the PGDCC. However, it seems that the MCI will stay the course on its refusal to acknowledge IGNOU graduates who were practising in the specialty.

The importance of cardiologists was highlighted at the time by a senior doctor in the practice, anonymously quoted in The New Indian Express. “Doctors trained in clinical cardiology will be able to provide basic cardio-care in rural areas,” they said. “Presence of experts trained specifically in cardiology during night-shifts at hospitals and for first-response care of patients during emergency situations, will improve health-care facilities a great deal.” Cardiology: Controversy following MCI decision