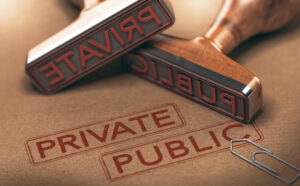 Public-private partnerships in the field of healthcare will not have a detrimental effect on patients, Union Minister of Health and Family Welfare Dr Harsh Vardhan has informed lawmakers.

Responding to a query in the Rajya Sabha, Vardhan said that “we will offer district hospitals to the private sector without compromising the interest of patients” as part of public-private partnership models. The Minister argued that similar endeavours have been undertaken in the preceding 25 years and that such models are permissible under the Medical Council of India Act, 1999.

“Presently, under AB-PMJAY, there are more than 20,000 empanelled hospitals,” she said. “We need more such hospitals empanelled in tier II and III cities for poor people to benefit from them. It is proposed to set up a viability gap funding window for setting up hospitals in public-private partnership modes in the first phase.” She also said that doctor deficiencies could be addressed through the same models, outlining a proposal to “attach a medical college with the district hospital in the PPP [public-private partnership] mode.”

Medical education, and the involvement therein of the private sector, was also addressed by Vardhan in his comments. With private involvement, Vardhan said “some of the best medical colleges in the country are of international repute and providing better services.”