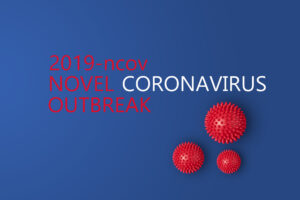 Cases of the novel coronavirus (2019 n-CoV) outbreak continue to surge, with the world’s youngest 2019 n-CoV patient being reported as an infant born earlier this month in China’s Hubei province’s capital city Wuhan – the epidemic’s epicentre.

2019 n-CoV has spread globally, including to India where three cases have been confirmed in the state of Kerala. All three cases were of students who were studying in Wuhan and had been repatriated. More than 600 Indians were evacuated from Wuhan following the outbreak of 2019 n-CoV. The three confirmed novel coronavirus patients in Kerala are reported to be in stable condition.

Currently, more than 741 tests for the 2019 n-CoV have been conducted in India. Of these, 738 have reported negative. Across India, 5,123 are under home surveillance for novel coronavirus. This includes 1,999 in Kerala.

Screening is underway in multiple Indian airports. As of February 3rd, more than 11,000 people had been screened at Chhatrapati Shivaji International Airport in Maharashtra state capital Mumbai alone. As well as Mumbai, screening is being conducted at airports in Ahmedabad, Amritsar, Bagdogra, Bengaluru, Bhubaneswar, Chennai, Coimbatore, Delhi, Gaya, Goa, Guwahati, Hyderabad, Jaipur, Kolkata, Lucknow, Trichy, Trivandrum, Varanasi, and Vizag, the Union Ministry of Health and Family Welfare reported at the close of January.