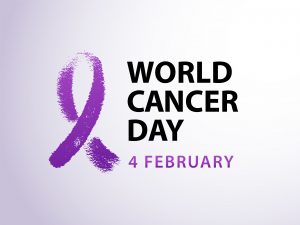 Reports surfaced last week from the Pandit Bhagwat Dayal Sharma Post Graduate Institute of Medical Sciences (PGIMS) in Rohtak, Haryana of a rising number of cancer cases being admitted through its doors. Such news encapsulates much about what we know about the cancer burden in India, one which is rising rapidly. World Cancer Day, 2020 – observed today – offers an opportunity to appraise the situation and take stock of the necessary steps to be taken in combating one of India’s deadliest and most prominent public health threats.

Cancer is on the rise in India, a trend aligned with the growing incidence of noncommunicable diseases (NCDs) as a whole. By 2040, cases are expected to number at approximately twenty lakh compared to almost 11.6 lakh at present. In 2018, it was reported that India’s cancer burden had more than doubled in the preceding 26 years.

India has a low incidence of cancer compared to most western nations, but the enormity of its population nonetheless translates to a considerable public health burden. Despite this, the country is lagging in its capacity to treat the disease. As reported last year by Health Issues India

“The threat the disease poses to public health is exacerbated by the state of cancer care infrastructure, which was deemed “highly inadequate” by a parliamentary panel earlier this year. The country has approximately 1,250 oncologists to manage its significant demand and, by 2040, will require 7,300 oncologists in order to cope with its cancer burden. A mere 62 dedicated cancer care centres operate in the country – making it an unsurprising though no less grim finding that 83 percent of India’s cancer patients are failed on their treatment.”

PGIMS serves as a case in point. According to The Times of India, “the institute is the only place for cancer treatment for patients diagnosed with the disease in the 22 districts of Haryana. The district hospitals do not have any special ward dedicated for cancer patients.”

The shortfall in cancer infrastructure leaves grim prospects for patients. Gaps in cancer care can prevent early diagnoses and result in patients failing to avail treatment until the disease has progressed to advanced stages where survival outcomes are substantially lower. Access to treatment may be hampered by the lack of publicly-run cancer facilities, forcing patients to either forego treatment altogether or face ruinous out-of-pocket expenditure.

“Public cancer facilities in India are woefully inadequate…as a result of the great increase in cancer, all public cancer treatment facilities are overcrowded and teeming with patients, resulting in India’s cancer problem being called an epidemic or a tsunami,” read a paper published last year. This ‘tsunami’ seems unlikely to abate, the study concludes, noting “India’s cancer burden will continue to increase as a result of the continuing epidemiological transition.”

Far from the rise of cancer being a new trend, the paper identifies that “several pioneers had sounded warnings on the growing burden of cancer in India throughout the past century, but their warnings were heeded late.” On World Cancer Day 2020, the need of the hour is for the current warnings about the inadequacies of India’s present response to its cancer burden and the gaps in its treatment infrastructure to not go unheeded, but be responded to and resolved.