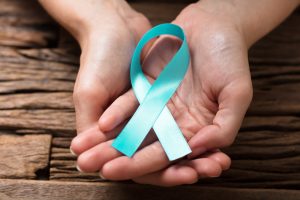 Cervical cancer as a threat, in the words of the World Health Organization (WHO), “is one of the greatest today to women’s health.” As a public health priority, cervical cancer elimination is much-needed – and research published last week in The Lancet outlines the contours of the roadmap towards this end over the next 100 years and the scope of the gains that can be made if interventions are adopted and scaled up in the regions that need them most.

Undoubtedly a scourge to women’s health, cervical cancer is not insurmountable as a public health challenge – being, as Adjunct Professor Karen Cafell – one of the Lancet studies’ lead authors – emphasised to Health Issues India, “an entirely preventable and treatable disease.” Cafell took care to note the “massive global inequities” highlighted by the study – that of “women in LMICs bearing the majority of the burden of cervical cancer.”

As such, the researchers undertook “a major analysis”, Cafell describes, seeking “to estimate the impact of WHO’s draft cervical cancer elimination strategy.” Such an undertaking is critical, as “this strategy will be considered by countries at the World Health Assembly this year.” As such, Cafell notes, “it is incredibly important that decision makers have the information on how long it will take to achieve cervical cancer elimination as a public health problem, and how many women’s lives could be saved on the path to elimination.” The paper describes “three standardised base-case scenarios: girls-only vaccination; girls-only vaccination and once-lifetime screening; and girls-only vaccination and twice-lifetime screening.” It then goes on to “[project] reductions in cervical cancer incidence over time in LMICs” across each of the three scenarios. India is among the 78 LMICs studied.

The gains from an intensified strategy would translate to tens of millions of lives saved and tens of millions of cases prevented. “We found that over 74 million cases of cervical cancer could be avoided and over 62 million women’s lives would be saved over a century, if the WHO elimination strategy is adopted and successfully implemented,” Cafell says. The next ten years alone could witness a reduction by one-third of premature mortality due to cervical cancer elimination.

“This means acting now on three fronts to achieve high coverage rates for HPV vaccination, cervical screening and cancer treatment services for women who do develop cervical cancer,” says Cafell. “All of these approaches (vaccination, screening and treatment) will play a critical role in saving lives.”

Health Issues India has profiled before the manifold controversies surrounding HPV vaccination in India and how this has contributed to a delay in the implementation of a HPV immunisation programme. This state of affairs renders cervical cancer elimination a distant prospect at present – dire news, in a country where 67,500 women lose their lives to the disease every year. This translates to a rate of one death every eight minutes. Cervical cancer accounts for seventeen percent of all deaths due to cancer in the nation.

The example of high-income nations offers a glimpse of what a robust HPV vaccination programme can offer. “The HPV vaccine is safe and very effective,” Cafell states. “In high-income countries, ten years after its introduction, it has reduced rates of HPV infections by around eighty percent and rates of cervical precancerous lesions by about fifty percents in older teenage girls.” The study further notes that “the effectiveness of population-based cervical cancer screening has also been shown, through the sharp declines in age-standardised cervical cancer incidence in high-income countries following the implementation of cytology-based screening.”

While acknowledging that “access to the vaccine in low income countries is now improving”, Cafell notes that “still, less than eighteen percent of low-income and less than thirty percent of lower-middle-income countries have introduced it into national immunisation schedules. The reasons are varied but include current supply constraints and cost and financing challenges – it is hoped that these challenges are what the WHO elimination initiative will help to resolve.”

To do so will require contributions from across the global health community. “The public health community will play a key role,” Cafell argues, going to note that they “can help by emphasising the effectiveness and safety of vaccination and its role in preventing one of the world’s major cancers in women, as well as other HPV-related cancers in women and men. The involvement of the public health community will be critical – to tailor programs and communication strategies for both vaccination and screening in ways that are appropriate for girls and women in each setting, putting girls and women at the centre of the elimination initiative, and carefully considering the particular cultural, social and health services issues that apply.”

HPV-related cervical cancer elimination should be among the Government’s top priorities related to health. The Lancet research makes clear that this is an achievable goal – but is an “outcome…only achievable through a multi-sectoral and integrated approach across the continuum of cancer care.” The end-result, the study notes “an enormous gain in terms of both quality of life and lives saved” is possible. First, it is an imperative that the Government, public health authorities, and other actors – in India and at the global level – display that they possess the requisite vision and commitment to make cervical cancer elimination a reality.