You are here: Home / Sanitation / ‘We are not slaves’ – Sanitation workers fight back 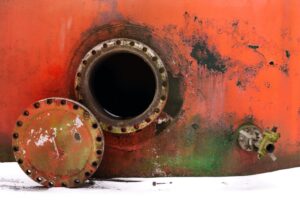 Sanitation is one of India’s most pressing challenges in health and development. The improvement of sanitation standards in the country has been a priority of the BJP government led by Prime Minister Narendra Modi since it first came to power in 2014 – perhaps most notably through its Swachh Bharat Abhiyan campaign.

To further these goals, a campaign named Swachh Survekshan 2020 is being conducted. Swachh Survekshan is being billed as “the world’s largest cleanliness survey” – aiming to cover more than 4,370 cities and engage over four crore citizens through social media and feedback. However, in Maharashtra, sanitation workers are speaking up about poor working conditions in a chastising letter to Pune Municipal Corporation (PMC) officials.

Among their complaints, workers claim they are not being compensated for the prolonged hours they are working; are the subject of abuse and harassment by the citizenry; and that their needs and concerns are being ignored by officials. “We raised our concerns every time there was an unpleasant event, but the authorities neglected our plight,” the letter reads. “We are not slaves. While we are not against the special drives, our safety is being compromised.”

As reported in The Pune Mirror, demands include the exemption of women from working odd duty hours and police protection for staffers during the same; and public participation during cleanliness drives. Workers claim police protection is necessary as “on several occasions, we have been at the receiving end of the wrath of the citizens for merely preventing them from disposing garbage indiscriminately or asking for penalty. Being humiliated has become a daily affair.” In the words of Vaijinath Gaikwad, assistant to the sanitary inspector attached with the Kothrud ward, “the fear of being attacked by arrogant citizens looms over our head.”

India’s sanitation workforce is staffed in significant numbers by manual scavengers, despite the practice of manual scavenging being illegal in the country. Many manual scavengers lose their lives or sustain illness and injuries over the course of their work. The successes of Swachh Bharat Abhiyan and similar campaigns can be attributed in largely to sanitation workers. However, too often, their plight is neglected and overlooked. The stand taken by sanitation workers within the bounds of the PMC, therefore, is hardly unsurprising – and ought to be taken seriously.