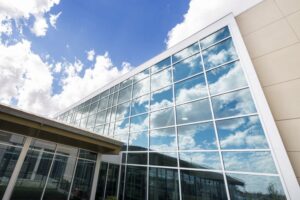 Officially known as the Pradhan Mantri Jan Arogya Yojana (PMJAY), the initiative has been of considerable benefit to public health according to the Union Ministry of Health of Family Welfare. “So far 33 states and [union territories] are implementing the scheme,” the Ministry said. “Treatment worth Rs 9,999.76 crore for 6,919,973 hospital admissions has been provided under the scheme. 68,106 cases of hospitalisations were availed outside the state of residence. Also 19,839 hospitals have been empanelled under the scheme and 11.51 crore scheme cards, which include state cards, have been issued to the beneficiaries.”

The states yet to implement the scheme include Delhi, Odisha, Telangana, and West Bengal. Union Health Minister Dr Harsh Vardhan has called on the governments of these states to implement Ayushman Bharat, stating “the people in the four states…are certainly deprived of the scheme.”

Ayushman Bharat has been praised by Prime Minister Narendra Modi in recent weeks. “Due to Ayushman Bharat, about seventy lakh poor people of India have been accorded free treatment,” he said. “It is the world’s largest healthcare scheme. The number of beneficiaries under this scheme is larger than the entire population of the US, Canada and Mexico.”

The Union Health Ministry further reported that, under Ayushman Bharat, more than 60,000 health and wellness centres have been approved with 26,743 having been operationalised. Expanded access to alternative medicine services and essential treatments such as dialysis were also highlighted by the Union Health Ministry. Through the Prime Minister’s National Dialysis Programme, 825 dialysis centres operating 4,920 machines have benefited 5.8 lakh individuals. Meanwhile, services of Ayurveda, yoga, naturopathy, unani, siddha, and homoeopathy are now available in 7,620 primary health centres, 2,758 community health centres, and more than 4,700 other health facilities.