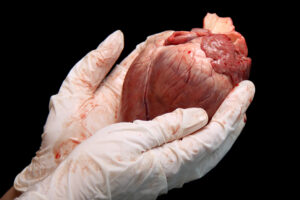 India is facing a shortage of heart donors – in what comes as bad news for its many citizens who are in need of a life-saving heart transplant.

“Heart transplant remains the gold standard for the treatment of end-stage heart failure,” said a study published in 2017. Data as to the prevalence of heart failure in India varies considerably. According to research published last year, the “current estimates…vary widely from 1.3 to 23 million” making the true burden difficult to predict. For many of these patients, a heart transplant may prove to be nothing less than the difference between life and death. This is what makes the country’s deficit of heart donors so concerning.

According to a report published recently in The New Indian Express, there were just 241 heart donors in 2018 despite a demand of almost two lakh heart transplants. “The number of heart donations is still extremely low,” explained Dr Senthilkumar Nallusamy, chief cardiologist at Rana Hospital in Trichy. “In 2015, the heart utilisation rate was only nineteen percent which increased in 2018 to just 33 percent. There is a national organ shortage and a national organ wastage.”

There are more heart donations in India today. “There has been a tenfold increase in the number of heart transplants in the country in the last two years,” Dr Vimal Bhandari, director of the National Organ and Tissue Transplantation Organisation, reported last year. However, there are still not enough. It has been more than 25 years since India’s first heart donation was performed in 1994 – and progress to aid those afflicted by heart failure has not kept up with demand as the country’s rate of cardiovascular disease increases.

Exact estimates concerning organ donation do vary. As previously reported by Health Issues India, “according to Apollo Hospitals chairman Dr Prathap C. Reddy, just 3,500 organ transplants are conducted yearly despite there being an estimated one million people in India suffering from end-stage organ failure. According to Union Health Ministry data, 5,000 organ transplants are performed each year. Health Issues India has previously reported that 1.6 lakh Indians are in need of an organ transplant whilst just 12,000 organ donors are available.

“Regardless, data concurs on one major point: there is a major crisis when it comes to organ donation in India.”

For heart transplants, there are numerous issues identified by doctors. A lack of infrastructure is one. In 2016, Alram Airan, professor of cardiothoracic and vascular surgery at the All India Institute of Medical Sciences (AIIMS), asserted that “India’s record when it comes to heart transplant is very dismal. One of the main factors is medical infrastructure and many times brain deaths in ICUs [intensive care units] are not notified, thus losing precious time. Besides, there are logistical constraints, when the harvested heart doesn’t reach in stipulated time through the green corridor.”

“Today, there are 78 centres in India that do heart transplants,” said Dr Aarti Vij, head of the organ retrieval and banking organisation at AIIMS last year. “Of these, 44 came up in the last three years.”

Heart transplant infrastructure is far from evenly dispersed across the country. Mukesh Goel, a senior consultant in cardiovascular surgery at Apollo Indraprastha Hospital said in 2016 that “north India is lagging behind its southern counterpart. In the south, there are well laid-out procedures and government is very active, besides people being aware about organ donation. In Delhi and other parts of north India, the coordination work is quite informal and hence not smooth and efficient, leading to delay.” Little seems to have changed in the years since. The New Indian Express report notes that just four states account for around 95 percent of India’s heart transplants: Karnataka, Maharashtra, Tamil Nadu, and Telangana.

Social mores concerning the use of one’s organs after their death also contribute to low rates of heart donors in the country. Recruitment of counsellors to encourage the families of the deceased to donate their loved one’s organs, raising awareness and improving infrastructure are among the steps which can be taken to increase the rate of organ donation and the number of donors, including heart donors. Such a process is “delicate and sensitive” as acknowledged by Vice President Muppavarapu Venkaiah Naidu earlier this year – but he nonetheless asserted that “by donating an organ you not only live another life, but you also give life and hope to all of humanity. You give life to affinity, empathy and kinship in the society.

“The families of organ donors are bravehearts who take such decisions at a time which is so emotionally painful for them as well as for their near and dear ones,” Union Health Minister Dr Harsh Vardhan agreed. “My heartfelt salutations to them. Through their selfless act, these people have done what many governments cannot do. They have fulfilled their social responsibility.” He noted that “there is a lack of awareness, myths and fear in people’s mind about organ and tissue donations.” Such issues need to be addressed if those in need of organs are to be helped and their lives be saved – including those in need of a heart transplant, for whom the giving of heart donors and government support to improve infrastructure are their only hope.