You are here: Home / Environmental health / Depression, suicide, and pollution 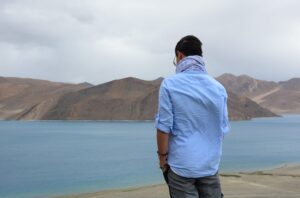 “We already know that air pollution is bad for people’s health, with numerous physical health risks ranging from heart and lung disease to stroke and a higher risk of dementia,” said Dr Isobel Braithwaite of University College London (UCL) Psychiatry and UCL Institute of Health Informatics, lead author of the study which was published in Environmental Health Perspectives. “Here, we’re showing that air pollution could be causing substantial harm to our mental health as well, making the case for cleaning up the air we breathe even more urgent.”

Researchers analysed data from sixteen countries across a number of studies. “Our findings correspond with other studies that have come out this year, with further evidence in young people and in other mental health conditions,” said the study’s senior author, Dr Joseph Hayes of UCL Psychiatry and Camden and Islington NHS Foundation Trust. “While we cannot yet say that this relationship is causal, the evidence is highly suggestive that air pollution itself increases the risk of adverse mental health outcomes.”

Separate research published earlier this year indicated “air pollutants can also cause serious neurocognitive effects—ranging from behavioral variations to neurodegenerative disorders—that ultimately can have devastating effects on mental health…every one standard deviation rise in particulate matter over an average PM2.5 concentration increases the likelihood of having mental illness (including depression) by 6.67 percent.” The latest research bears this out, adding weight to the argument that “further research into the effect of air pollution on mental health is warranted through public-private partnerships.”

As previously reported by Health Issues India, research indicates that “there is more evidence for the coexistence of air pollution and neuropsychiatric disorders in cities than between any single genetic factor and these same psychiatric conditions.” The logic follows as such: “in much the same way that it has been found that PM2.5 particles…were found to cause heart damage or diabetes, psychiatric disorders may follow the same logic…these particles cause inflammation within nerve tissue in the brain. Such inflammation can cause a number of issues including brain dysfunction and several psychiatric disorders.”

Brathwaite notes that “we know that the finest particulates from dirty air can reach the brain via both the bloodstream and the nose, and air pollution has been implicated in increased neuroinflammation, damage to nerve cells and to changes in stress hormone production, which have been linked to poor mental health.”

Research has indicated that “the worst air quality was associated with an approximately 27 percent increase…in the apparent rate of bipolar disorder… The estimated rate of bipolar disorder was 16.4 percent higher…in the most densely populated counties. For major depression, a slight increase of six percent in the diagnosis rate…was observed only among the worst air quality regions.”

It is clear that more investigation is needed into the connection between poor mental health and air pollution. Mental illness is a major issue in Indian public health, with such disorders affecting more than ten percent of Indians. Depression affects 56 million people and anxiety disorders affect 38 million people in the country. Interventions are needed to ensure proper support is provided and to mitigate risk factors – including pollution.