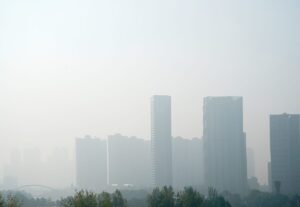 As a report reveals the sizeable death toll due to air pollution in India, a senior World Health Organization (WHO) official has urged the country to take action on it.

“Urgent action” is required to address pollution, according to Dr Maria Neira, director of the WHO Department of Public Health, Environment and Social Determinants of Health. “We are confident,” she asserted, “that based on the fact that this pollution can be reduced, [the] Indian government, which has an enormous amount of expertise and competence will be doing their best to tackle the sources of pollution, to reduce the toxic levels that the citizens are exposed to at the moment, and start to monitor how the health situation of their citizens will be improved.

“It is just the question of deciding to implement it as soon as possible because the more we delay those measures; the more we will have problems.”

Neira has spoken up about pollution in India before, particularly in response to comments made by Union Minister of Environment, Forest and Climate Change Prakesh Javadekar. “Let us not create a fear psychosis among people,” he told MPs earlier this year. “Indian studies have not shown a correlation between shortening of life and pollution.” In response, Neira told the Press Trust of India that “very strong scientific evidence is telling us that exposure to air pollution is having a major impact on people’s health.”

Other officials critiqued Javadekar’s remarks. “We have brought together and analysed tens of thousands of studies showing effect of air pollution on health from every population of the world,” commented Dr Diarmid Campbell-Lendrum, a team leader on climate change and health in the WHO’s Public Health and Environment Department. “We are yet to find a study which shows any population, including India, which is immune from the health impacts of air pollution.” Other officials such as Union Health Minister and former Environment Minister Dr Harsh Vardhan and Minister of State for Environment Babul Supriyo have indicated similar sentiments in public remarks.

As previously reported by Health Issues India, air pollution can be linked to a plethora of health problems. Research has suggested that poor mental health, heart disease, cancers, respiratory illnesses such as chronic obstructive pulmonary disease, dementia, and eye diseases – among others – can all be connected to exposure to polluted air. The cohesive response encouraged by officials such as Neira are vital in the face of these grim indicators. To fail to do so would inflict considerable damage to India’s environmental and the health of its citizens.