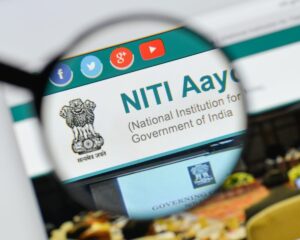 Government-run think tank Niti Aayog will roll out the Medical Devices Bill according to media reports, marking a significant overhaul of the regulatory apparatus surrounding medical devices in India.

“Niti has been engaged in developing a Medical Devices Bill. The purpose of the draft Bill is to ensure that medical devices in lndia are safe and effective. Further, the Bill should create an enabling ecosystem for manufacturing, research and innovation,” the think tank said in a statement to industry stakeholders.

The Bill – in full, the Medical Devices (Safety, Effectiveness and Innovation) Bill, 2019 – aims to reduce medical device import dependency, which costs an estimated Rs 39,000 crore. The Bill also aims to improve quality, enhance transparency, make it easier for the sector to do business, and formalise a regulatory framework as well as a framework for compensation.

Among the provisions of the Medical Devices Bill, according to a Business Standard report, are the establishment of a Medical Devices Administration (MDA) consisting of four divisions to improve “ease of doing business.” This would be parallel to the Central Drugs Standards and Control Organisation (CDSCO) under the purview of the Directorate General of Health Services (DGHS). The four divisions cover health and safety, conformity assessment, enforcement, and laboratory and medical devices testing. The Government would also establish a National Register of Medical Devices.

As explained in the Business Standard report, the responsibilities of the four divisions of the MDA would be as follows: “the health and safety division would grant permission for clinical investigation on human subjects, specify and evaluate the clinical evidence, collect and analyse results of the post-market surveillance. The conformity assessment division would issue, reject, recognise, and validate conformity assessment certificates, and also conduct audits of manufacturing sites. The enforcement division would inspect, investigate, carry out searches and seizures. The laboratories division would specify procedures for the analysis or testing of medical [devices].”

Niti Aayog explained “there can also be a separate statutory body on the lines of the Food Safety and Standards Authority of India (FSSAI) for the regulation of medical devices. A final decision on the same has not been taken. However, the Government has decided that medical devices would now be regulated by a separate body. The official said the industry was divided in its opinion. While some wanted an autonomous statutory body on the lines of the FSSAI, others preferred medical devices regulation to remain under the CDSCO.”

The Union Ministry of Health and Family Welfare earlier expressed its intent to regulate medical devices under the CDSCO. This would see software, equipment, accessories and contraceptives be regulated under the Drugs and Cosmetics Act. As a result, firms would have to seek approval from the Drugs Controller General of India to manufacture, import and sell any medical device in the country. The proposal even covers medical devices used within animals. The proposal came into force as of December 1st.

This was a proposal Niti Aayog criticised as it argued that the CDSCO lacked the requisite expertise to regulate medical devices. Reports emerged that the two bodies were at odds with one another of their different visions for medical device regulation, with a Ministry official querying “Are we saying that the existing Act is not sufficient to regulate medical devices? Tomorrow there could be a demand to have a separate law for regulating cosmetics. Are we going to have a separate law for cosmetics then?”

However, Minister of State for Health Ashwini Choubey earlier stated that the CDSCO proposal had not been rejected by Niti Aayog, despite their misgivings. As such, as to whether the regulatory framework for medical devices will remain beneath the ambit of the CDSCO or a separate, new body as proposed by Niti Aayog ostensibly seems to be up in the air.

Whilst Niti Aayog reports that the industry is divided, some stakeholders have praised the Medical Devices Bill. According to The Economic Times, Rajiv Nath, forum coordinator of the Association of Indian Medical Devices Industry, considered it a “visionary and well-thought out roadmap” following a stakeholder meeting with Niti Aayog earlier this week. “We await the copy of presentation and copy of actual draft Bill to give our studied comments, clause wise,” he added.

Nath earlier concurred with Niti Aayog’s opposition to Health Ministry proposals for regulation of medical devices. “Devices are engineering items and not medicines – an X-ray machine by no stretch of the imagination can be called a drug,” he said. “Continued attempts to regulate devices under the Drugs Act without an assurance of migrating to a separate legislation will do more harm than good to the ‘Make in India’ campaign.”