You are here: Home / Access to Healthcare / Allergies: Indians being failed on treatment? 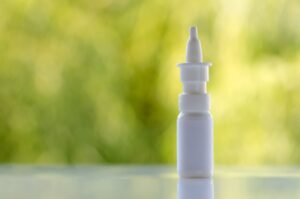 Allergies affect one-third of Indians – but experts say that, too often, those affected by such conditions are being failed on treatment.

“Allergic diseases have become a major health concern worldwide, with India being no exception,” noted a study published last year. “Currently, more than 25 percent of the total population of India is sensitized with different forms of allergens. Major sources of allergen in this subcontinent are the pollen grains, fungal spores, foods, insects, and dust mites. Common symptoms among allergy sufferers in India include bronchial asthma, atopic rhinitis, dermatitis, urticaria, oral and gastrointestinal symptoms, ocular allergy, and even life-threatening anaphylaxis.”

According to new research published in the Journal of Evolution of Medical and Dental Sciences, 33 percent of Indians are affected by allergies. However, many miss out on proper management of their condition per a survey of 1,030 individuals affected by allergic diseases who were treated by practitioners belonging to specialties such as dermatology and surgery, as opposed to allergic diseases. In the example of allergic rhinitis, nasal sprays were advised for just 26 percent of those who needed it. According to Dr Wiqar Shaikh, an allergy specialist and professor at J. J. Hospital in the Byculla neighbourhood of south Mumbai, a deficiency of allergy specialists could be the reason.

“It is regrettable that both undergraduate and postgraduate medical students in India are not exposed to teaching and training in allergic diseases,” Shaikh said. Of asthmatics surveyed in the research, “as they were not treated by allergy specialists, only half of the 386 asthma patients had previously been advised to use inhalers. Moreover, over ninety percent of the patients were prescribed a drug to prevent wheezing even though I felt no one needed it.” India shoulders a significant burden of asthma, being home to between fifteen and twenty million individuals affected by the condition. An absence of allergy specialists potentially carries grave portents for those seeking treatment – especially against the backdrop of deteriorating air quality caused by air pollution.

The shortfall of allergy specialists is compounded by the relative newness of the discipline, according to Dr Lancelot Pinto. “Allergy research is hampered by the fact that one cannot easily determine whether a person is suffering from [an] allergy or an extreme reaction to local pollution,” he commented. “Allergies aren’t a simple straightforward field.”