You are here: Home / Featured / Mobile endoscopy in Maharashtra 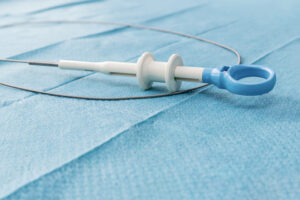 A mobile endoscopy unit has been unveiled in Maharashtra, in a first-of-its-kind diagnostic project.

The Rs 1 crore ‘Endoscopy on Wheels’ project aims to provide gastrointestinal diagnostics treatment for those who struggle to access such treatment. Outfitted with endoscopic devices, an operating theatre, two doctors, and technicians, the mobile endoscopy unit was envisioned by Dr Amit Maydeo, chairman of the Baldota Institute of Digestive Sciences (BIDS), and has received a financial donation from Narendrakumar Baldota, chairman and managing director of MSPL, Ltd. and family. It is a joint venture of BIDS and the Maharashtra state government.

The mobile endoscopy unit will aid in the diagnosis of gastrointestinal conditions such as acid reflux, the Helicobacter pylori bacteria which is linked to a plethora of illnesses, some cancers, and ulcers. In one example of the use of the mobile endoscopy unit in cancer diagnostics, an upper endoscopy has been called by gastroenterologist Dr Saowanee Ngamruengphong of Johns Hopkins University in the United States “the gold standard test for diagnosing stomach cancer today.”

The mobile endoscopy unit, by providing gastrointestinal treatments and screening, can aid in early detection of certain illnesses such as cancer in a particular boon for those who may struggle to normally access such treatments. Maydeo has expressed optimism that the unit can raise awareness of stomach issues in the state.

Maharashtra Chief Minister Uddhav Thackeray inaugurated ‘Endoscopy on Wheels’ at the Vidhan Bhavan in Nagpur. Speaking at the launch, he said “it is [a] matter of pride that the first centre is opening in Maharashtra. It will help to provide upgraded medical treatment to the poor and needy people in rural and remote parts of the state.” The unit will travel through districts where healthcare accessibility is a challenge, benefiting “people from the rural and tribal parts” according to Thackeray.