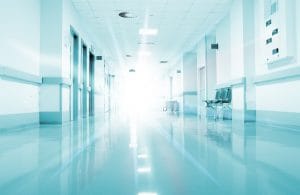 Cabinet Secretary Rajiv Guaba – in a missive to all Union ministries and the National Health Authority (NHA), the agency responsible for implementing Ayushman Bharat – has urged them to step up efforts to empanel hospitals with the Government deciding that all publicly run hospitals ought to be a part of the initiative. In terms of ministries, those who provide services for employees of select ministries and government departments such as the Ministries of Railways, the Steel Authority of India, the Central Armed Police Forces, and Coal India Limited are onboard with the Government’s plans according to a senior NHA official.

The Government had previously expressed its intent to turn to the private sector to increase coverage under Ayushman Bharat. Although the private sector accounts for the majority of Ayushman Bharat-empanelled hospitals, there is reticence on the part of privately-run hospitals and nursing homes to participate in the scheme for “two major reasons” identified Dr Vinod Arora, president of the Indore Nursing Home Association. In Indore, a mere nine privately-run healthcare facilities are empanelled under Ayushman Bharat.

“The rates offered under Ayushman Bharat scheme to hospital are very low and it would incur loss,” Arora opined at the time. “There are some clauses of the scheme, which proved to be a hindrance for private hospitals like providing food to patients during treatment.” Organisations such as the Federation of Indian Chambers of Commerce and Industry and international consultancy firm Ernst & Young have expressed concern that private hospitals were recouping just forty to eighty percent of their costs in providing services under Ayushman Bharat.

As such, soliciting the participation of all publicly-run government hospitals is ostensibly a viable option in expanding the coverage of Ayushman Bharat. With almost 64 lakh people beneficiaries availing treatment under the scheme, continued and sustained efforts to expand the scope of Ayushman Bharat-empanelled hospitals are needed, involving the participation of both the public sector and private industry.