You are here: Home / Featured / Mizoram: A leader in India’s HIV epidemic 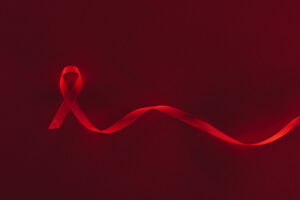 Mizoram leads India’s states and union territories in HIV/AIDS burden, recording the country’s highest prevalence of the disease as the state diagnoses nine people every day.

The state records a HIV/AIDS prevalence of 2.04 percent, the highest in the country. 17,897 people are infected with HIV in Mizoram – the highest figure in the country. In the 2018-19 period alone, 2,557 new cases were detected. In a state with a population of ten lakh – significantly lower than the majority of other states, officials have termed this “extremely high.”

According to the Mizoram State AIDS Control Society (MCAS), 67.21 percent of HIV cases in the state are transmitted sexually. 28.12 percent are transmitted by intravenous drug use. Of demographics, “analysis of the HIV positive cases confirmed at the testing centres show that people in the age group of 25-34 years are the most vulnerable in Mizoram followed by those in the age brackets of 35-49 years and 15-24 years,” said MCAS project director Dr Lalthlengliani – noting that prevalence for these groups stands at 42.38 percent, 26.46 percent, and 23.03 percent respectively.

“The present situation is indeed alarming,” Chief Minister Zoramthanga commented earlier this year. “We all must work towards creating awareness on the disease and its treatment and prevention.”

Mizoram’s prevalence of HIV/AIDS is substantially higher than the national HIV/AIDS prevalence, which stands at just over 0.2 percent. Though the prevalence of HIV in India is relatively low compared to other nations, the country is nonetheless home to the third largest HIV/AIDS epidemic in the world. Whilst the country’s HIV/AIDS burden is substantial, cases in India have been falling, from 2.3 million in 2010 to 2.1 million in 2017.

In this trend, Mizoram is an outlier – new infections have actually increased, in stark contrast to the national decrease of new HIV infections from 120,000 in 2010 to 88,000 in 2017. It is one of five states where this is the case. To counteract the trend, outreach among vulnerable groups and ensuring the provision of essential treatments is vital.