You are here: Home / Access to Healthcare / Organ donation a must: Senior figures 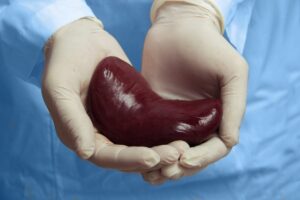 Senior government officials have spoken out in recent days about the importance of organ donation in India, a country sorely lacking donors.

The issue has been highlighted by both Union Health Minister Dr Harsh Vardhan and Vice President Muppavarapu Venkaiah Naidu. An estimated one million people in India are experiencing end-stage organ failure, yet just 3,500 to 5,000 organ transplants are carried out yearly. India is home to just 122,000 organ donors to match the demand of those in need of organs. Such is the dearth of organ donors in the country that a black market thrives throughout the nation.

“By donating an organ you not only live another life, but you also give life and hope to all of humanity. You give life to affinity, empathy and kinship in the society,” said Naidu at Deh Daaniyon Ka Utsav earlier this week, an event organised by the Hindu nationalist group Vishva Hindu Parishad. The Vice President pointed to Hindu mythology where figures including Dadhichi and Shibi donated their organs, arguing for organ donation as being a tenet of Indian society and Sanskar values.

Acknowledging organ donation to be a “sensitive and delicate” process, Naidu nonetheless exhorted individuals to donate their organs in spite of any superstitions or fears about the practise, given its importance to granting a new lease of life to those in need. “There is a lack of awareness, myths and fear in people’s mind about organ and tissue donations,” concurred Vardhan as he met with and felicitated 51 families of organ donors at the All India Institute of Medical Sciences.

Emphasising the importance of organ donation, Vardhan said “the families of organ donors are bravehearts who take such decisions at a time which is so emotionally painful for them as well as for their near and dear ones. My heartfelt salutations to them. Through their selfless act, these people have done what many governments cannot do. They have fulfilled their social responsibility.”