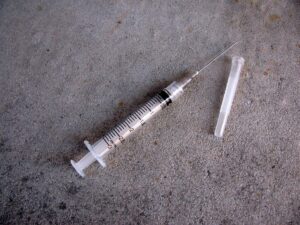 India should rethink its drug laws according to Minister for Social Justice and Empowerment Dr Thawar Chand Gehlot, arguing that addiction ought to be approached as a disease.

Inaugurating the 21st Society of Addiction Medicine in New Delhi, Gehlot said that those affected substance abuse issues “should be given appropriate medicine and counselling” and added that this must be dispensed “without discrimination”, referencing the stigma and prejudice facing those who experience drug addiction even after they achieve sobriety. Gehlot made particular note of the scourge of drug addiction among young people and said “we need to teach our children and youth how to effectively cope with the problems in life and not to resort to alcohol and drugs. They should be imparted skills to manage life in a positive way.”

Estimating the total number of drug addicts in India is difficult, but some figures suggest the number to be as high as 3.4 million. Drug addiction in northern India is often highlighted in national discourse surrounding the issue, especially in Punjab where substance misuse is considered to have a greater impact than in the rest of India.

Young people are especially vulnerable to developing a substance abuse disorder in northern India. One study of 1,140 users and 1,566 households across sixteen districts of Haryana, Himachal Pradesh, Jammu and Kashmir, Punjab, and Rajasthan found that 65 percent of users begin using drugs between the ages of fifteen and twenty. Ten percent begin before they turn fourteen.

The most commonly used illicit substances in India are believed to be cannabis, hashish, and heroin. Despite the significant number of drug users in the country, there is a shortage of facilities such as rehabilitation centres with the number pegged at just 401 last year. As Gehlot points out, drug laws need to include provisions for treatment of substance misuse as an illness. Without providing adequate infrastructure to enable those affected by substance abuse, recovery to overcome their addictions is a tall order.