You are here: Home / Featured / Preeclampsia: A heart disease risk 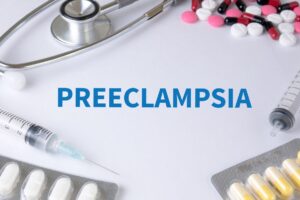 Preeclampsia – a disease that can occur during pregnancy – can lead to an elevated risk of cardiac disease in later life, according to new research.

The condition refers to gestational hypertension, wherein the mother’s blood pressure is elevated (onset being after the twentieth week of pregnancy) posing a risk both to her and her child. “preeclampsia is a major cause of maternal mortality in developed and developing countries,” writes Dr Alicia M. Lapidus. “It is also a major cause of perinatal morbidity and mortality, and it is very strongly associated with fetal growth retardation.” Lapidus notes that hypertension affects ten percent of pregnancies, with preeclampsia “[increasing the] risk of complications antenatally, intrapartum and in the puerperium” for the mother.

For the foetus, the effects of preeclampsia include “altered fetal growth resulting in greater fetal liability. Fetal health as well as its weight are highly compromised, leading to various degrees of fetal morbidity, and fetal damage may be such as to cause fetal death. Long-term follow-up studies have demonstrated that babies who suffered intrauterine growth retardation are more likely to develop hypertension, coronary artery disease, and diabetes in adult life.”

New research indicates that, for the mother, the risk of cardiovascular disease is elevated in later life. This comes with bad news for India. The National Health Portal in 2016 estimated that preeclampsia has an incidence of eight to ten percent in pregnant women in India. A 2016 study reported that “in India, the hypertensive disorders of pregnancy and postpartum haemorrhage are responsible for nearly forty percent of all maternal deaths.”

“Research over the past decade has shown there are sex-specific risk factors for cardiovascular disease among women,” commented Michael C. Honigberg, MD, MPP, of the Cardiology Division of the Massachusetts General Hospital. “But there were still some significant gaps in our understanding of those risks, and one gap is whether the elevated risk persists long-term after a hypertensive pregnancy, or whether other women ‘catch up’ as cardiovascular risk increases with age in the population overall.”

The research indicates that women who experience preeclampsia during pregnancy are more vulnerable over time to conditions such as coronary heart disease, which is considered epidemic in India. Reports indicate that India is home to forty percent of the world’s heart failures, with heart disease in recent decades increasing by fifty percent. Research has indicated that women are more susceptible to events such as cardiac arrest: compared to breast cancer, heart disease is responsible for seven times more deaths. Preeclampsia being one condition potentially influencing the development of cardiac disease, the need is for practitioners to be vigilant against it and ensure that such conditions are monitored and managed.

“We’re still figuring out how to predict and prevent hypertensive disorders in pregnancy,” added Honigberg. “But what we can do is look ahead and try to mitigate the risk of these women developing cardiovascular disease later in life. You’d be shocked at how few physicians who aren’t obstetrician/gynecologists — including cardiologists — ask their female patients if they’ve had a hypertensive disorder of pregnancy. This research really underscores the importance of clinicians asking about this history and of women sharing it.”