You are here: Home / Featured / Kerala’s startups touted for their role in cancer care 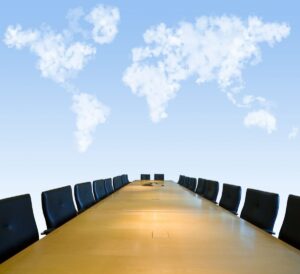 Speaking at a symposium jointly organised by the Cochin Cancer Research Centre and Kerala Startup Mission, Shailaja touted the role of Kerala’s startups in care for diseases such as cancer. “We at the ministry keep getting requests for adoption of cutting-edge technologies by companies in the field of health, especially cancer care,” Shailaja said. “It’s for you experts to guide us in their screening and best use.”

Whilst Shailaja said the state had one primary health centre for every village panchayat – a ratio reports defined as “healthy” – she did note that variations in population density mean that some districts are still underserved – the implication being that some patients could still be deprived of cancer screening. As such, start-ups could play a valuable role in helping to fight diseases such as cancer by providing access to technology to help screening where gaps in primary healthcare pose an obstacle.

The role of Kerala’s startups in the state’s healthcare is reflective of a national trend where startups have innovated to address a plethora of noncommunicable diseases ranging from heart disease to diabetes to epilepsy to mental health disorders. Their value has not gone unrecognised. “Your [startups’] innovation, aspiration and application of technology will fuel this dream. It has become the bedrock of India’s big leap into the most competitive economy,” Prime Minister Narendra Modi said earlier this year – and emphasised health.

“Many of the diseases that affect large sections of the population will not be the traditional contagious diseases. It will be lifestyle [diseases] such as hypertension, type II diabetes, obesity, stress…ith the field of data science maturing and with the presence of data around the disease, technology can find a way to find patterns. When technology comes together with diagnostics, data science and behavioural science, interesting insight can emerge.”