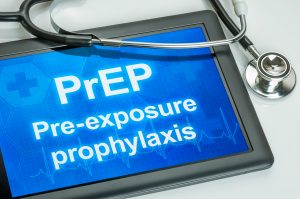 “How new medication is changing safe sex practices for India’s LGBTQ community” was originally published by The News Minute. It is reprinted here with permission. Read the original article here.

The dating, hook-up and relationship-seeking culture in the LGBTQ community has always had its own secret set of codes that allowed its members to navigate this dicey domain in public, while remaining under the radar. These tell-tale signs have ranged from one’s sartorial choices to subtle glances in public and private spaces. Over time, these codes have become markers in the LGBTQ community and has aided in recognition of the other and of one’s own. It has also acted as a means of filtering the potential pool of partners.

Now, these real-world navigation tools have been translated into filter tabs on online dating platforms and apps, which allows a user to sift through other profiles more easily, dismissing and disappearing a majority of them with a simple selection process through a list of preferred markers. While before these categories might have been weight, height, complexion or the preference of sexual position (which have their own set of problems), in the recent past, “On PrEP” has quietly and quickly become the latest piece of important information to narrow the numbers.

TNM spoke to a medical practitioner and users about this new medication to figure out the ways it is being accessed by the LGBTQ community in India and the concerns surrounding its use.

We began with the simple question: What is PrEP? “PrEP or Pre-Exposure Prophylaxis is a relatively new HIV prevention strategy that is instituted prior to exposure and establishment of the HIV infection among individuals at a high risk of acquiring HIV infection. It is a single pill that’s made up of a combination of drugs,” explains Dr. Praneeth Pillala, an HIV primary care physician at the Bengaluru-based PCMH Restore Health Clinic. “Research has shown that daily use of this medication has found it to be highly effective in reducing the risk of contracting HIV by 99%,” he adds.

A study published in May by the journal, Clinical Infectious Diseases, found that PrEP was a “cost-effective strategy” and could block more than 270,000 HIV transmissions in India over 15 years.

According to a 2017 estimate from the National Aids Control Organisation, the total number of people living with HIV in India is estimated at 21.40 lakh. Studies indicate that certain key populations see high prevalence of HIV in India, including sex workers, people who inject drugs, men who have sex with men, migrant workers and truck drivers, among others, though declines have been seen in female sex workers and in men who have sex with men.

Dr. Pillala was quick to caution that one must go through the mandatory screening and counselling processes under the guidance of a medical professional before starting on the course of this medication.

Since 2012, Truvada (the brand name for PrEP) has been available and accessible in the United States of America. It is only on the recommendation of the World Health Organisation (WHO) in 2015 that indigenous, cheaper versions of this drug were encouraged. In 2016, Cipla, the Indian pharma giant, received regulatory approval to sell its own version of PrEP, which has allowed access to the LGBTQ community in India, though it is more popular among gay, bisexual and queer men in the community because “it is friendlier to them,” says Dr. Pillala.

There are two ways to be on PrEP, there’s the daily route, or the episodic way. “The daily route is taking the single pill irrespective of sexual exposure. And on the other hand, in the episodic mode, it is extremely important to be exacting with the time of intake. For men, they can start taking the pill 2-24 hours before sexual exposure, and then take four pills over three days every 24 hours. But, in the case of women, it is 14 days before sexual exposure in the second option followed by the same routine of pills,” he tells TNM. “Therefore, more PrEP users are men,” he confirms.

It is no wonder that it has found so much purchase on the gay, bisexual and queer men dating platforms. Prasoon Joshi, a gay man and freelance coder, who was an early adopter of PrEP, had read about it online, and once it was available in the country, he went on it. Having the information available on dating apps also helps him make decisions on potential partners. “If a profile says “On PrEP” I’m generally less worried about setting up a sexual encounter with this other person. I’d be less stressed or scared if or when I was engaged in sexual contact with this person,” he says. Prasoon uses this medication as an additional layer to his safe sex practices, so it is PrEP plus condoms. If there is a situation where “being safe” (with condoms) isn’t a possibility, then he might be more willing to risk the encounter. “But I know that being on PrEP doesn’t prevent the transference of other STDs or STIs, which while more treatable can be quite nasty experiences,” he adds.

But it isn’t just the sexually transmitted diseases or infections users need to worry about, it is also necessary to get screened before getting onto this new medication. “The most important requirement before starting off on PrEP is to determine that the person is HIV-negative, which requires testing. Also, one needs to document past and present medical history like allergies and other medications, sexual and social history. There’s a thorough review of systems and physical examination done by the physician. Additionally, tests like kidney function test, screening for Hepatitis B and Hepatitis C infections, and other sexually transmitted diseases and infections are run. In the case of women, pregnancy needs to be ruled out,” explains Dr. Pillala. “Being on PrEP requires constant check-ups with one’s care-giver, at least once every three months to provide HIV testing, follow-up on adherence to medication routines, counselling with regards to behavioural risks, side-effects assessment, screening for STIs and the monitoring of liver and kidney function,” he adds.

“There are two main risks associated with the use of PrEP – development of resistance to the drug and drug-related toxicity,” warns Dr. Pillala. In the trials done with patients on the medication, no long-term risks were ascertained, though cases of resistance to the drug were found. “There are side-effects like headaches, nausea and diarrhoea on starting the drug for a couple of weeks. If they persist, one should immediately contact one’s doctor,” cautions Dr. Pillala.

While studies might not have shown long-term risks, there are long-term side effects, which makes Dr Pillala underscore the importance of constant consultation with one’s physician. “One needs a follow-up visit every three months for a medical check-up. The long-term use of PrEP can cause drug toxicity, which can affect the functioning of the liver and kidney as well as cause loss of bone density, which leads to higher chances of bone fracture. Also, one should exercise caution and keep in mind the possibility of drug to drug interactions when prescribed with other drugs,” he tells TNM. “It is also the reason that episodic modes of using PrEP are more desirable – it is convenient, cost-effective and has a lower risk of drug toxicity,” he adds.

For Priyank, a gay man and Bengaluru-based business owner, adopting PrEP was a recent decision — he started on his PrEP course three months ago. “Despite strictly sticking to safe sex practices, being on PrEP has really helped me deal with the anxiety and fear surrounding sexual encounters and regular HIV testing in the LGBTQ context,” he tells TNM. While Priyank had known about PrEP for a couple of years, he decided to get on it when it was affordable. “When it first launched, it used to be a much more expensive option, if I remember it was Rs 6000 for a month’s course but it is Rs 2000 now. But now, even at its current price point, it isn’t actually affordable to everyone in the cross sections of our community. It should also be subsidised or be made free for certain sections within our community,” he adds.

He’s quick to mention that being “On PrEP” is a growing trend only among a certain class of gay, bisexual and queer men. “It doesn’t feel as prevalent among all classes of persons within our community,” he says.

It isn’t just economics and access to PrEP, but also a lack of information, or the wrong information available within the community. “There’s so much misinformation floating around about PrEP especially on these dating platforms and apps. There is this overriding myth that being on PrEP gives individuals permission to participate in unsafe sexual practices like not using a condom. And this, definitely needs to be busted,” he adds.

That’s the other growing concern in the community as well: Are people lying on their online dating profiles about being “On PrEP” to practice unsafe sex? Is PrEP really as popular as it seems? Are unsafe sex practices becoming more prevalent among gay, bisexual and queer men? Prasoon notes, “This is a worry and profiles do lie about their use of this medication.” But sussing out the users from the fakers is quite an easy undertaking as well. “Simply asking them details about the medication, their routine, who is their medical care-giver and so on. And since, no one would be on this medication without fully understanding these essential details, it will help one make a decision at that time,” he offers up as a solution. It isn’t just the ‘fakes’ that one needs to be on the lookout for, it is also depends on the kind of sexual experience that one desires, Prasoon points out. “I’ve heard rumours that a combination of PrEP, any other illegal pyschoactive drug and unsafe sex practices is another trend among gay, bisexual and queer men. But while there might be some truth to that, I think the notion of a trend is being inflated,” he hazards.

Even in TNM’s dipstick conversations with members of the LGBTQ community, this new medication seems to be yet another addition in the armoury of gay, bisexual and queer men’s fight against HIV infection rather than permission to indulge in unsafe sexual practices. “There are three kinds of PrEP users: the majority are those using it as yet another means of protecting themselves against HIV infection, meaning in addition to condom use. Then, there are those with HIV positive partners and of course, some people are using it as a safety net to indulge in risky behaviour like unsafe sex or even intravenous drug use, which we strongly don’t recommend or encourage at all,” explains Dr. Pillala.

“While PrEP has been proven to be a successful strategy in prevention against HIV infection, for it to be truly successful, an individual needs to maintain open lines of communication and go to constant check-ups with their caregiver,” stresses Dr. Pillala. “I’ve found that doctors might have to update their strategies and be willing to field doubts of their wards through Google Hangout or WhatsApp and so on,” he adds.

And while there is still a cultural association between PrEP and no-condom sex among gay, bisexual and queer men, it makes one stand out on the apps. For Priyank, it is the trouble with our sexualities still being shrouded in secret. He notes, “We still don’t really talk openly about sexual practices or sexual health in the community or outside it. It is still largely a private concern and so, it is much easier for things to be believed from rumours.”

Joshua Muyiwa is a Bengaluru-based poet and writer.