You are here: Home / Access to Healthcare / Specialist doctor recruitment drive in Karnataka 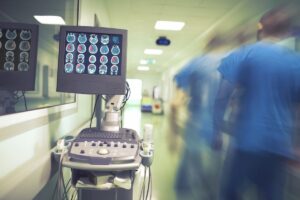 The state health and family welfare department in Karnataka is embarking on a recruitment drive to fill almost a thousand vacant specialist doctor positions in the state.

Karnataka has just one doctor for every 13,556 people, versus the national average of one doctor for 10,926 people and World Health Organization recommendations of one for every thousand people. Of specialist position, there is a significant number of open positions in the government-run health infrastructure.

At present, government-run hospitals and health centres have 812 vacant specialist positions, in addition to 122 specialist positions under the National Health Mission which are vacant. “KPSC [Karnataka Public Service Commission, responsible for filling posts], as per norms, maintains a standby list of selected candidates — a maximum of 25 percent of all applicants,” explained an official. “Those in the additional list are often called in as very few of those selected in the first list take up the job. When the department recruits directly, all eligible applicants will be in the additional list and may get the work order when vacancies arise. In that case, we will not have [a] shortage of specialists.”

As an example, just 42 of 59 candidates recruited in 2019 turned up to the job. The year before, 223 candidates out of 382 recruited did not turn up to work. The pay gap between publicly and privately employed specialist doctors is believed to be a driving factor: salaries begin at Rs 73,000 for those publicly employed, compared to Rs 2 lakh and Rs 8 lakh for those in private employ.

“KPSC recruitment takes over two years, hence we are seeking the government’s permission to recruit specialists directly,” said the official.

Shortage of specialist doctors is a national issue. Across the nation’s community health centres and primary health centres, there is an 82 percent shortfall of specialist doctors. The deficit covers disciplines including cardiology,gynaecology,oncology,mental healthcare, and surgery. The effects of these shortages manifest in reality in grim ways. As just one example, during Diwali last year, the absence of one anesthetist for four days plunged the hospital where she worked into chaos. For many, accessing the treatment they need is hindered, especially in rural areas where doctor shortages are most pronounced.