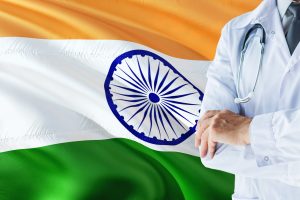 The Tamil Nadu doctors strike ended at the end of the week, following a government warning that their posts would be considered vacated if they did not return to work.

The Federation of Government Doctors Association (FOGDA) called the strike from October 25th, with a series of demands. They included, according to FOGDA convener Dr A. Ramalingam, “[appointment of] more doctors as per MCI norms, [giving] us fifty percent service quota in medical education and [conducting] proper counselling before transfer of service post graduates.” Ramalingam added that “at least 13,000 of the 18,000 doctors agreed to support us.”

While striking doctors would not abdicate their duties in catheterisation laboratories, emergency wards, intensive care units, and labour words, it was announced that services in outpatient departments, inpatient care barring emergencies, and surgeries would be suspended.

The strike has now ended, with a FOGDA representative explaining their rationale as “poor patients are looking up to them as their God,” per the Chief Minister. In addition, state health minister C. Vijaybhaskar had issued an ultimatum to the striking doctors: “They will be removed and their posts will be made vacant for others to apply if they do not resume work. About 10,017 doctors have already applied for the posts.” A FOGDA representative met with Vijaybhaskar and state health secretary Beela Rajesh on Friday and the state government has said it is amenable to considering reasonable demands by the doctors.

Doctors have gone on strike numerous times in India in the past year. In September, Assam doctors called a strike following a fatal assault on a doctor working on a tea estate. Earlier in the year, a national strike was sparked by a violent incident in West Bengal following on from a statewide strike.

In Tamil Nadu, the doctors strike is over – at least for now. “The Health Minister has been urging us to withdraw the strike,” explained Ramalingam. “We were also informed through our directors that the State Cabinet will be discussing our demands. So, we have decided to temporarily withdraw our strike, and wait for the Cabinet’s decision.”