You are here: Home / Featured / Medical tourism boost in Goa 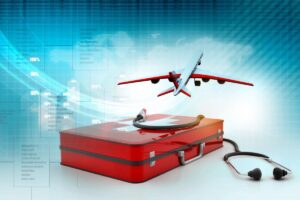 Goa Chief Minister Pramod Sawant has announced plans to expand medical tourism in the state, planning to introduce legislation to promote the sector and ensure standards of care to tourists in the state.

“Tourists do come to Goa for medical treatment here, but they don’t get proper treatment and get cheated,” the Chief Minister said. As such, “we need to amend some laws in order to promote medical tourism in hinterland areas and it will be done in the next assembly session.”

Sawant spoke of the need to broaden the state’s tourism industry at a broader level. “The coastal areas were known for tourism and hinterlands for mining,” he expanded. “But mining has been banned by the Supreme Court. We are focusing on improving prospects for hinterland tourism. Till now, Goa is known for sun, sand and sea, but we also have many interesting temples, churches and spice farms whose tourism potential remains unexplored.”

Dr Radhika S Nayak, principal of the S.S. Dempo College of Commerce and Economics, said that the tourism sector in the state should emphasise medical tourism, as well as education and the environment. “Goa’s strength is that it is small,” Nayak said. “It needs to exploit all advantages of being small. We have to develop our niche sectors. For example, there is no reason why Goa should not have its own film city, develop new beach locations, venture into medical tourism, etc.”

The promotion of medical tourism in Goa is far from a new phenomenon. With concerns being expressed last year that the state had “missed the bus” on medical tourism, health minister Vishwajit Rane advocated for public-private collaboration to boost the industry. “We need to have a plan that is achievable divided in a one-year, two-year and five-year period,” he said.

“Medical tourism is an upcoming segment as several super specialty medical facilities are being opened in the state both by the government and private [sectors],” state director of tourism Sanjiv Gauns Dessai said in January 2018. “World-class medical facilities, trained professionals and top quality infrastructure — all this makes Goa the place for medical tourism. The modern medical institutions set up in Goa regularly promote medical tourism and wellness packages. Even the government-run Goa Medical College, offers specialised treatments that attracts patients from all over the world.”

He added that “one can now choose from many healthcare packages such as dentistry, cardiac care, cosmetic surgery, yoga, complete body health profile, women’s health plan, cancer profile, ayurvedic, homoeopathic and others.”

Medical tourism is big business in India, among the fastest-growing sectors of its kind in the world. Earlier this year, the Ministry of Tourism projected a 200 percent growth for the sector by 2020, which would make the sector worth US$9 billion – a threefold increase from its value in 2015. Indeed, medical tourists are increasing: 234,000 medical tourists visited India in 2015, more than doubling to 495,056 in 2017. With this in mind, it is unsurprising that states such as Goa are capitalising on this trend.

“Goa’s health sector has been keeping pace with scientific advances to meet the needs of international tourists,” commented Dessai. “The ambitious healthcare programme identifies hospitals that provide modern facilities and in-patient care and service at par with international standards.”