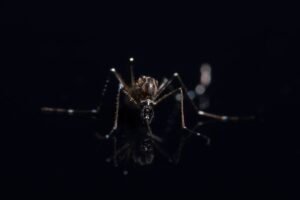 India has reported more than 67,000 cases of dengue fever as of October 13th, according to data released by the Directorate of the National Vector Borne Disease Control Programme (NVBDCP).

Of the 67,377 total cases reported, Karnataka bore the highest burden out of the country with 12,756 cases. It also accounted for eight of India’s 48 fatalities due to the vector-borne disease, which is typically transmitted by the Aedes aegypti and Aedes albopictus mosquitoes.

Dengue is endemic throughout India’s states and union territories. The withdrawal of the monsoon season and flooding induced by torrential rain in certain states have lended themselves to fears of cases of the disease spiking within their borders, given the proliferation of stagnant water conditions which allow for the vectors to breed. This has spurred some authorities in cities such as Jaipur to take measures such as issuing fines to homeowners who allow pockets of stagnant water to abound on their property – a practice which offers a chance for the mosquitoes to grow in number.

In addition to Karnataka, other high-burden states include Maharashtra, with 7,863 cases; Uttarakhand, with 7,513 cases; Gujarat, with 5,819 cases; Kerala, with 3,075 cases; Bihar, with 1,588 cases; and Delhi, with 1,431 cases. State capitals have been affected, with Bihar state capital Patna reporting 1,135 cases. In Mumbai, the first two weeks of October alone saw 2,000 hospitalised due to suspected dengue cases.

While action has been taken by authorities such as fogging breeding sites, controversies have dogged the country’s handling of dengue fever. Earlier this year, it was reported that there was a mismatch between data reported by the government and research conducted by The Lancet. “Although [the] [NVBDCP], data confirms that dengue is established and endemic across India, an exclusive dengue surveillance system does not exist,” the Lancet paper reported. As such, as few as 0.5 percent of dengue cases in India may be captured by the NVBDCP.

In the coming years, dengue is expected to worsen as a public health problem. Changing climates leading to variations in temperature and increasing the frequency and ferocity of extreme weather events and urbanisation are among the trends which are posed to contribute to dengue fever becoming a major issue. As such, adequate reporting by authorities based on a robust surveillance system and action against the risk factors for the spread of the disease are vitally needed to curb cases and prevent the disease’s spread.