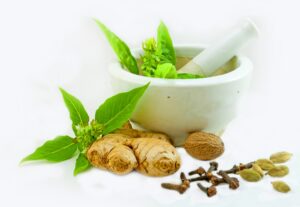 Speaking at the Government Medical College and Hospital (GMCH) in the city, Paul said “the government is working on a special research fund and scheme on integrated health research. A corpus has been made and Niti Aayog shall anchor it.” Paul took Chandigarh’s Postgraduate Institute of Medical Education and Research (PGIMER) to task for failing to adopt an integrative model of health research.

“The PGI is yet to start anything on alternative medicine,” Paul said. “AIIMS [the All India Institute of Medical Sciences] has an integrative health centre. Why is PGI not promoting it? Our policies on this are clear. We will have a centre of excellence here and GMCH can jointly work with it.”

The Centre has been taking great pains to promote research into alternative medicine, such as Ayurveda, yoga, naturopathy, unani, siddha, and homoeopathy (known under the banner of AYUSH). To this end, a national network of AYUSH centres was launched earlier this year allowing laboratories and centres from across the country to share data and research.

Dr V. B. Vijaykumar – vice president of the Central Council of Indian Medicine, a body under the Union AYUSH Ministry – has called for AYUSH centres to be established in every state. Union AYUSH Minister Shripad Yasso Naik has called for the number of AYUSH centres in the country to be expanded, arguing that 12.5 lakh health and wellness centres are needed to this end. 12,500 such centres have been announced by the Centre, of which 4,000 are expected to be built this year.

However, the Centre’s push for integrated health research has elicited controversy. Earlier this year, an advisory note issued by the Union AYUSH Ministry said that any research into alternative medicine must include at least one AYUSH practitioner. This was heavily criticised by scientists, who argued that the note effectively prohibited allopathic researchers from conducting research into the field.