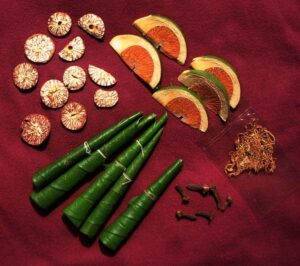 The Centre is under pressure from the Food Safety and Standards Authority of India (FSSAI) to ban certain pan masala brands which contain magnesium carbonate and/or nicotine.

Pan masala, a chewing mixture which sometimes contains tobacco, has come under fire across the country. Numerous states have taken steps to ban certain brands.

In Rajasthan, state health minister Raghu Sharma announced on Gandhi Jayanti that the state government had “banned storage, distribution and sale of pan masala containing magnesium carbonate, nicotine, tobacco and mineral oil, and flavoured supari under Food Security Act, 2006.” In Bihar, twelve pan masala brands were banned if they contained magnesium carbonate. In Maharashtra, a ban was enacted on pan masala and gutkha in 2012. Earlier this year, Delhi extended a ban on sale, production, and storage of certain tobacco products including pan masala.

The central government is being urged to follow suit by the Bihar state government. They have encouraged that fifteen brands be banned, which the National Tobacco Testing Laboratory found to contain traces of nicotine and magnesium carbonate.

Socioeconomic and Educational Development Society executive director Deepak Misra explains “ban of pan masala brands will reduce cases of oral cancer.” Oral cancer is one of the three most prevalent cancers on the Indian subcontinent, with one lakh new cases and a mortality rate of fifty percent within the first twelve months after diagnosis.

Head and neck cancer cases are expected to double in India by 2030. India is home to 57.5 percent of the world’s head and neck cancer patients. Enacting bans on forms of tobacco such as pan masala is one step which could address this trend.