You are here: Home / Featured / A good night’s sleep eludes many Indians 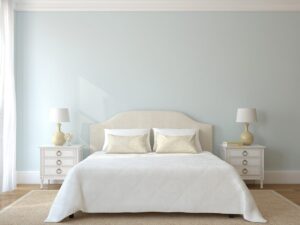 On average, seven to nine hours of sleep is optimal for a healthier lifestyle. However, in India, the average person does not achieve this amount of rest: according to research presented at a recent conference, the average Indian sleeps for just 6.55 hours a night.

This puts India near the bottom of world rankings of countries depending on how much sleep their citizens get. Only people in Japan sleep for fewer hours than Indians according to the research. This was according to data presented at a conference in Nagpur where, according to The Economic Times, “use of gadgets, blue light emitting mobile phones, PC games and working in shift duties are contributing in reducing the sleep hours.”

The news comes despite a survey conducted earlier this year finding that Indians were more likely to report a restful night’s sleep than residents of the eleven other countries surveyed. That report noted how, on average, adults worldwide sleep for 6.8 hours a night. As such, the latest findings indicate that Indians get less sleep than the global average.

Poor sleeping habits are linked to a range of health indicators, such as weight management, ageing, and even heart health. According to a survey published ahead of World Sleep Day earlier this year, Indians fare well compared to other countries on habits such as meditation and researching the benefits of getting enough sleep. Of those surveyed, 55 percent felt as though they slept well.

Nonetheless, 73 percent of those surveyed in that poll reported that they wanted to improve their sleep health. And as the new research shows, Indians are not getting the optimal amount of sleep compared to what experts recommend. Raising further awareness of the benefits of a good night’s sleep and promotion of technologies which can assist in this are essential for improving India’s sleeping patterns and the health of the country overall.