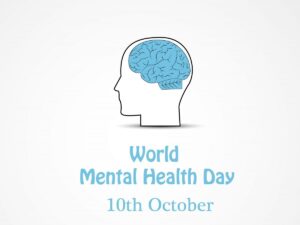 Millions of Indians continue to suffer in silence as the treatment gap due to mental health disorders remains in the face of staggering demand. World Mental Health Day – observed today – serves as a reminder of this grim reality.

Approximately 150 million Indians are affected by mental health disorders, including 56 million who suffer from depression and 38 million who suffer from anxiety disorders. Suicide, as recently reported by Health Issues India, is a leading cause of death in the country: 2.2 lakh people take their own lives in India every year, a quarter of the total lives lost to suicide worldwide and more than any other nation in southeast Asia.

It is clear that more is needed to be done to close the mental healthcare treatment gap. Fortunately, steps have been made from the Mental Healthcare Act, 2017 – which reversed decades of antiquated, stigmatising policy which made accessing treatment difficult – and the Insurance and Regulatory Development Authority of India (IRDAI) moving to guarantee coverage for mental healthcare in health insurance plans.

Yet the need of the hour is for such steps forward to be properly implemented and enforced with continuous vigilance to ensure lapses are addressed and prevented. Health insurance plans, even after passage of the Mental Healthcare Act, were found to still be inadequate – with noncompliance by insurance companies flagged as a driving force behind this.

Furthermore, much more needs to be done to counteract the stigma and prejudice attached to mental illness – disturbingly common among Indians. “Due to the stigma and lack of awareness and lack of accessibility to proper mental health care, it takes anywhere between one year to fourteen years or more for [a] patient to seek treatment after suffering from schizophrenia and psychosis,” wrote Dr Madhusudan Singh Solanki earlier this year in the case of schizophrenia.

Across the broad spectrum of mental health disorders, those affected face the prospect of being abandoned, shunned, ostracised, and discriminated against – with women especially vulnerable.

Even Prime Minister Narendra Modi, despite having often spoken out on the importance of mental health support, used dyslexia to mock political opponent Rahul Gandhi during this year’s Lok Sabha elections – reflective of a broader stigma attached to neurodevelopmental disorders such as dyslexia and autism, and mental health overall. One in eight Indian children are affected by neurodevelopmental disorders.

More than 100 countries will observe World Mental Health Day this year, at the national, regional, district, and local levels. This year, the World Health Organization (WHO) has launched a ‘forty seconds of action’ campaign – its name referencing the fact that one person commits suicide every forty seconds. The need is for World Mental Health Day to stimulate momentum towards achieving equitability and fairness in the lives of the millions of Indians affected by mental health disorders, so that they no longer have to suffer in silence and languish without access to affordable, high-quality treatment.

India has moved forward on mental health in recent years, but still has a long way to go before much-needed equilibrium is realised for those affected by mental illness compared to physical conditions. On World Mental Health Day, the eyes of the nation ought to be on policymakers and on themselves to gauge whether they will be held to account to take the steps to make these improvements and advances happen.