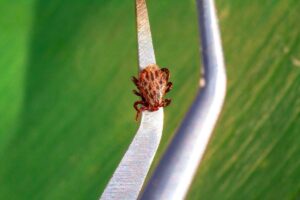 Experts have called for Karnataka to formulate a new strategy in tackling Kyasanur forest disease (KFD) or ‘monkey fever’.

The disease, which is endemic in south Asia, made headlines at the beginning of this year following an outbreak in the Shivamogga district. Between November 2018 and April 2019, 342 KFD infections were reported in the district with twelve deaths.

KFD is caused by the Kyasanur forest disease virus (KFDV), which is spread to humans by tick bites or through contact with an infected animal, such as a monkey. At the time, lapses in protocol on the part of the state health department concerning vaccination were flagged. Vaccination against the KFDV should take place within ten kilometres of any known infected person or infected animal. Reports suggested that this did not occur, leading to the outbreak.

Vaccines are considered the most effective means of preventing transmission, although reports of individuals contracting KFD even after being vaccinated have raised alarm. At present, two doses of the vaccine are administered first following a yearly dose of a booster shot.

The November-May period is regarded as ‘KFD season’, lending urgency for vaccination drives to take place in the state. A vaccination drive against KFD commenced in Shivamogga last month. “Last year it was a big outbreak, we started vaccination from June,” said Dr S. K. Kiran, deputy director of the state’s Viral Diagnostic laboratory. “Unfortunately, people are not coming to take the vaccination. They should take this vaccination twice in a year. We are planning to conduct several awareness programs like folk songs, dances, drama to connect to the people of the village and to make aware them to the disease.”

With this in mind, the state is being encouraged to rethink its approach to KFD. “Karnataka must focus on zero death strategy,” said Dr G. Arunkumar, director of the Manipal Virology Laboratory. “For this, early detection of cases and clinical management in [primary health centres] or [community health centres] / taluk hospitals in the vicinity of [the] epicentre of [the] outbreak is crucial.

“Over the years we will see activity happening, in unexposed population. There is no specific medicine for KFD treatment, yet patients can be saved by supportive care and constant close monitoring.”

Dr Arunkumar suggested that the approach undertaken in Goa responding to KFD should be emulated. “When compared to Karnataka, Goa manages the cases at community health centre level well and death cases recorded are minimal,” he said.

Meanwhile, Dr Arunkumar suggests that there is a need for research into the KFD vaccine. “There is a need for single dose lifetime protection vaccine, so that the entire village is vaccinated,” he said. “A vaccinated village may find some protection, but where the next outbreak would be reported is not known. Development of [a] new vaccine may take some time.”

Outbreaks of KFD in the district have been reported since 1957. It was reported earlier this year that Rs 5 crore had been released for construction of a diagnostic laboratory in Shivamogga in response to the KFD outbreak there.

KFD is not only an issue for Shivamogga, or even just for Karnataka. Twelve districts in total were affected by KFD in the state. States including Goa, Kerala, Maharashtra, and Tamil Nadu have also witnessed outbreaks – indicative of changes to the disease’s epidemiology, which have caused concern owing to newfound difficulties in tracking its spread and identifying at-risk areas as the disease is no longer localised to the Western Ghats.

Yet there is a consensus that the need of the hour is a new vaccine. Without effective immunisation campaigns, wherein protocol is followed and an effective vaccine is used, KFD will continue to blight India for years to come.