You are here: Home / Featured Stories / Quackery: An epidemic in India? 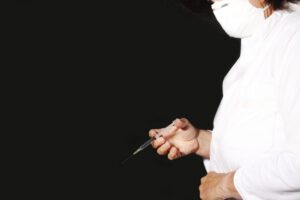 Chennai is on alert against quack doctors, whom officials say vex the city every year during its fever season. The news comes as a reminder of the epidemic of quackery in India: unqualified, unlicensed practitioners account for a staggering proportion of the country’s healthcare workforce.

In the past decade, an estimated 1,500 quack doctors have been booked in the Tamil Nadu state capital but officials say that despite making arrests, it is difficult to effectively crack down on the phenomenon. One reason spotlighted is lax penalties: “they get bail or pay fine and restart practice,” said Dr K. Kolandaisamy, director of public health in the city. “The only way to stop this is to book quacks for attempt to murder or murder charges,” adds Dr T. N. Ravishankar, former head of the Tamil Nadu chapter of the Indian Medical Association (IMA).

Quackery is not a problem limited to Chennai, or to Tamil Nadu where 50,000 quack doctors operate according to the IMA. It is endemic throughout India.

Recent weeks have seen stories of a man in Uttar Pradesh who practised as a surgeon without the requisite qualifications for ten years, in which time he claimed to have conducted ‘thousands’ of procedures and ran a nursing home. He got away with it for so long because he had forged a medical degree, allowing him to be registered as a medico in the state. In Maharashtra, a 38-year-old man had been practising as a doctor without qualifications for fifteen years in the Kolhapur district before being arrested.

At the national level, 25 percent of the healthcare workforce in India lacks the qualifications required: an amalgamation of quacks, “traditional birth attendants, faith healers, snakebite curers and bonesetters”. Between one and 2.5 million people practise medicine despite being unqualified, untrained, and unregistered. Quackery can lead to improper treatments being prescribed and conditions being misdiagnosed, among numerous other complications. One million Indians lose their lives to subpar healthcare every year, driven in part by a sizeable number of workers without training or qualifications.

Often, these quack doctors are the only immediately available port of call for a significant proportion of India’s population such as those in areas underserved by medical professionals. With a significant shortage of doctors, it is clear that the quackery epidemic did not originate in a vacuum – and as officials in Chennai point out, they can win over the trust of their patients.

“These quacks know most families, charge less and give high dose drugs that gives them quick relief,” said Thomas Prabhakaran, deputy superintendent of police and an attaché to the Directorate of Medical Services. “So people prefer them.” In his words, “it is the trust we are not able to break.”