You are here: Home / Infectious diseases / Sarcoidosis: All but a mystery in India

Sarcoidosis — a disease which involves inflammation within the lungs — is a relatively obscure health concern in India. It is rarely diagnosed and so prevalence rates are all but unknown. Concerningly, the disease may be adding to the development of drug resistance in strains of tuberculosis (TB). 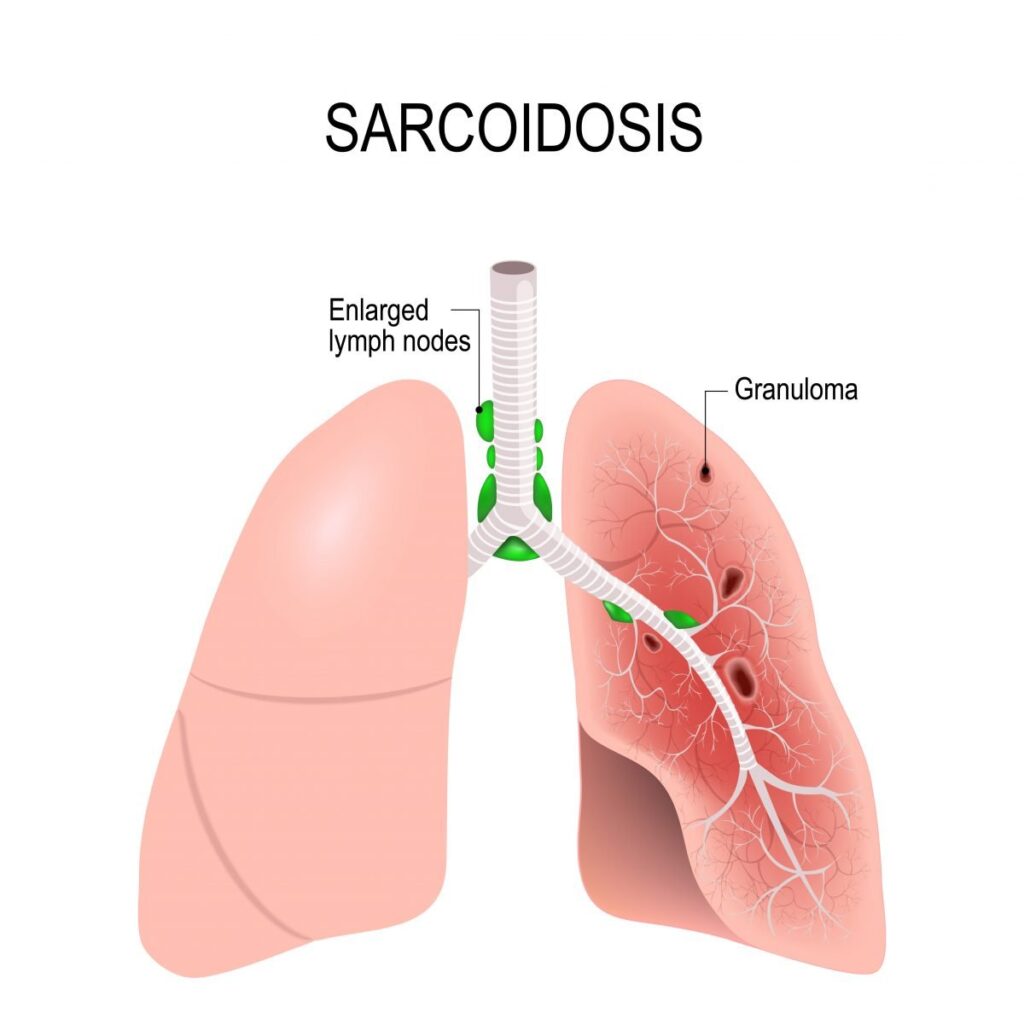 Sarcoidosis has a number of symptoms that predominantly affect the lungs. Symptoms such as a persistent, wheezing cough and fever are common. An issue here is that these symptoms are also hallmarks of TB, a disease which is far more common and widely known than sarcoidosis. As such, many doctors will readily diagnose a patient with TB without further investigating into the potential for sarcoidosis.

“The trouble is that TB medication can have side-effects like acute liver failure. They pose an unnecessary risk and cost for sarcoidosis patients,” explained Dr Ayush Pandey, a medical practitioner associated with myUpchar.com. “Usually, sarcoidosis resolves itself in a few years. In cases where a patient needs medication, a course of corticosteroids is often enough.”

While TB is an infectious disease, sarcoidosis is a reaction from the body’s own immune system. A buildup of immune cells creates non-cancerous lumps called granulomas. While they can form in almost any organ, they are typically created within the lungs and lymph nodes.

Symptoms can differ considerably depending on where the granulomas occur, though respiratory symptoms such as coughing, as well as issues such as severe fatigue, are most common.

TB is a major issue within India, and drives to eliminate the disease are likely to be ineffective while TB medicines are being allocated to individuals who do not have the disease. As such, in order to address TB within India, diseases such as sarcoidosis must be better understood and accurately diagnosed.

One potential avenue to better diagnosis has already been reported on by Health Issues India earlier this year. Endobronchial ultrasound (EBUS), a procedure which is considered highly effective in detecting ailments of the lung, could be a definitive means of differentiating between TB and sarcoidosis. In addition, the system is capable of detecting other conditions such as lung cancer, as well as other forms of cancer such as lymphoma.

“Many-a-times, sarcoidosis improves without treatment. Up to 30% of patients with sarcoidosis get better on their own. If symptoms persist, a doctor may prescribe corticosteroids to suppress the immune system,” explained Dr Pandey. “There can be some complications like lung failure in very severe cases. But by and large, the bigger issue is the misdiagnosis of this condition as TB.”