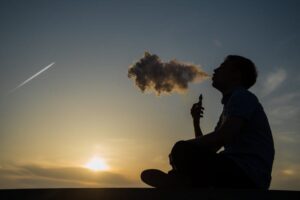 An ordinance banning e-cigarettes in India is imminent, claims a report published in Livemint.

Based on the input of two anonymous government sources, the Union Cabinet is on the verge of approving such an ordinance which would bring India closer to a bill outright banning the sale, production, importation, and storage of electronic nicotine delivery systems (ENDS). Such a move has been on the cards for some time now. In August last year, the Union Health Ministry directed state governments to ban the devices. Prohibitive policies against ENDS have been enacted in multiple states and union territories.

The e-cigarette industry in India has appealed against such a ban and have been joined by public health experts, including oncologists, who have advised that ENDS can be of benefit to public health by curbing the use of tobacco. However, recent days have seen reports of e-cigarettes being linked to heart disease and respiratory problems with deaths and illnesses reported in the United States reportedly linked to e-cigarette use.

The Indian Council of Medical Research (ICMR) maintains that ENDS have a plethora of adverse health effects, including “DNA damage; carcinogenic, cellular, molecular and immunological toxicity; respiratory, cardiovascular and neurological disorders; and adverse impact on fetal development and pregnancy.” The National Health Forum, a public health body, has voiced support for an e-cigarette ban.

Union Finance Minister Nirmala Sitharaman chaired a group of ministers which reviewed the ordinance banning e-cigarettes. If an ordinance is approved, it will be replaced by a parliamentary bill for lawmakers to vote.