You are here: Home / Featured Stories / Is the Centre about to ban e-cigarettes? 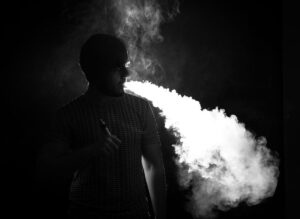 The controversial push by the Union Health Ministry to ban e-cigarettes and other electronic nicotine delivery systems (ENDS) is closer than ever to manifesting in law. Ministers have been sent an ordinance for review, which outlines how the Centre intends to ban the production, sale, and imports of the devices.

Under the Prohibition of E-cigarettes Ordinance, 2019, first-time violators can be punished with a fine of up to Rs 5 lakh and imprisonment of up to three years. Such a ban has reportedly been a priority of the Union Health Ministry in the first 100 days since the Modi government won a second term in office in this year’s Lok Sabha election. The Centre has been making efforts to ban e-cigarettes in India since August last year, when the Union Health Ministry directed state governments to prohibit them on the grounds of public health. A number of states have implemented such a ban.

“ICMR [the Indian Council of Medical Research] has recommended a complete ban on e-cigarettes,” said a senior official quoted in The Indian Express. “A petition that had asked for prohibition of an ordinance banning e-cigarettes has been rejected by the court. The ordinance will give legal backing to the ban.” An ordinance brought by the government would then be replaced by a bill tabled during the next parliamentary session.

The ICMR advocates for a ban on the grounds that ENDS have negative effects on health equitable to or exceeding those of traditional cigarettes and that they can have a gateway effect into tobacco use by addicting people. However, these assertions have come under criticism from cancer experts. They argue that e-cigarettes offer the potential to cut smoking rates in India, which loses one life to tobacco use every eight seconds. As such, it has been questioned whether the ban represents misplaced priorities in the war against tobacco. The e-cigarette industry in India has appealed against the ban, calling instead for the industry to be regulated rather than prohibited outright.

Nonetheless, the Centre’s efforts to ban ENDS show no signs of abating. With a law to do the same now potentially on the cards, it seems likelier than every that vaping soon could be outlawed in India.