You are here: Home / Government policy / Ayushman Bharat: Adjustments made 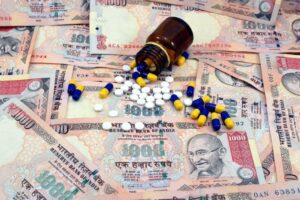 A number of adjustments have been made to the treatment package available to beneficiaries of the Centre’s flagship healthcare scheme Ayushman Bharat.

Officially known as the Pradhan Mantri Jan Arogya Yojana (PMJAY), the scheme is nearing the one-year anniversary of its launch. An expert committee convened by the National Health Authority (NHA) – the government body responsible for implementing the scheme – offered insight into the treatment packages on offer and influenced the NHA’s decision to remove some packages from the scheme and alter others. Niti Aayog member Professor Vinod K. Paul chaired the committee, which also included Dr Indu Bhushan, Ayushman Bharat’s chief executive officer.

The changes to be made will include the removal of cataract surgery as a benefit; give patients more choice concerning implants; and revisions to the types of cancer care offered under the scheme. In the case of oncology, Health Issues India earlier reported on how cancer patients would be able to avail a more comprehensive package of treatments under the initiative.

To providers empanelled under the scheme, the most significant move is likely to be revised reimbursement rates which refers to the amount hospitals are paid back by the central government for patient care. 63 packages will see a price decrease as per the new guidelines, whereas 200 will see the rates increase. Ayushman Bharat covers enrolled families for Rs 5 lakh of coverage per year, meaning the adjusted reimbursement rates will be significant to them as it will affect how much of their benefit will be spent on certain treatments and procedures.

Union Health Minister Dr Harsh Vardhan has said that Ayushman Bharat has helped 39 lakh Indians, with savings of more than Rs 12,000 crore on health expenditure. To commemorate its first anniversary, Ayushman Bharat Diwas will be observed on September 23rd whilst a two-week observation of Ayushman Bharat Pakawara will also occur, with the objective of raising awareness of the initiative at the state level.

“The Prime Minister has envisioned the scheme for the health and wellness of the poorest and most vulnerable of the people,” Vardhan said. “We have to ensure that the vision of our beloved and inspirational Prime Minister is fulfilled.”