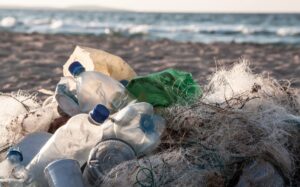 From October 2nd, plastic bags, cups, plates, small bottles, some sachets, and straws will be prohibited from being imported, manufactured, sold, or used in the country. This comes as part of an effort to rid India of single-use plastic by 2022. Current Union Health Minister Dr Harsh Vardhan advocated for phasing out single-use plastic by 2022 during his time as Union Environment Minister. The date of the ban will coincide with the 150th anniversary of the birth of independence movement leader Mahatma Gandhi, who was an outspoken environmentalist.

Prime Minister Narendra Modi alluded towards the measure during his Independence Day speech, stating “can we free India from single-use plastic? The time for implementing such an idea has come. Let a significant step be made October 2nd.” Anti-single-use plastic initiatives are already in multiple states and union territories across the country.

Plastic waste is one of India’s most pressing environmental health crises. India produces and consumes vast quantities of the product. In the 2016-17 period alone, 16.5 million tonnes of plastic were consumed. The vast majority of India’s plastic goes unrecycled, with eighty percent of it being discarded as waste; in 2015, India produced 25,490 tonnes of plastic waste every day. This volume of waste carries significant implications for the environment and for public health.

Anonymous official sources told Reuters that a plastic ban will erase between five and ten percent of its total plastic consumption and that the Centre intends to push for only recyclable plastic to be used. Pressure will also be applied to companies such as in the e-commerce sector to reduce the amount of plastic used in packaging, which reportedly accounts for forty percent of India’s plastic consumption.