You are here: Home / Government policy / E-cigarette ban: Industry renews appeal against it 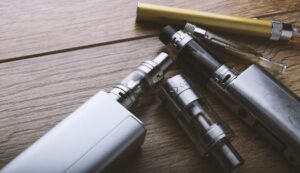 Following on from overtures by health experts, a body representing the industry in India has renewed its appeal against government proposals for an e-cigarette ban.

The Trade Representatives of ENDS in India (TRENDS) has implored the Union Health Ministry to reconsider its intention to ban electronic nicotine delivery systems (ENDS). In August last year, the Ministry exhorted state governments to ban the devices whilst working to effect a policy of prohibition at the national level. This has not been a smooth process. Earlier this year, the Delhi High Court ruled against the Ministry’s directive to state governments while the Union Trade Ministry has frustrated efforts to ban the import of ENDS into India, citing the lack of a legal basis to do so.

Nonetheless, the Centre secured a major victory in its efforts to ban ENDS earlier this year when the Drugs and Technical Advisory Board approved a proposal to classify the devices as a drug per the Drugs and Cosmetics Act and called for a ban. Many saw this as clearing the way for an outright e-cigarette ban and, in recent weeks, it was reported that the Centre was mulling ways to do so such as through an ordinance. Meanwhile, multiple state governments have banned the devices.

Despite the support of state governments, bodies, and regulators, the manoeuvre has encountered criticism from experts. This was discernible in a letter sent by 62 experts earlier this week, critical of a white paper issued by the Indian Council of Medical Research (ICMR) calling for ENDS to be banned and calling for the Council to reconsider their recommendations for a blanket ban on the devices.

The ICMR has claimed, among other things, that ENDS offer a gateway into tobacco use by getting youths addicted to nicotine and carry negative health effects on par or even more so than those of conventional tobacco products. Much of the substance of these claims was refuted by the experts, arguing instead that ENDS actually carry public health benefits by lessening rates of tobacco use and – by extension – rates of diseases associated with smoking.

TRENDS cited the experts’ paper, arguing for the Union Health Ministry to rethink a proposed ban. Convener Praveen Rikhy said banning the devices “will be detrimental to present and future generations.” They also said that research into ENDS would effectively be prevented should a blanket ban come into force and occlude efforts to further assess the devices’ health benefits and costs.

As such, TRENDS has called for ENDS to be regulated rather than banned and for research to be conducted to see if they are truly a boon or bane to public health. Given its near-year-long efforts to ban the devices, however, it is unclear as to whether the Centre will listen to the exhortations of the industry and experts. The perspective of experts on the devices, however, is undoubtedly worth considering – particularly in a country where tobacco use kills one person every eight seconds. Consequently, it follows that any potential utility to cut tobacco use rates and consequent deaths should be thoroughly investigated.