You are here: Home / Featured / Blood pressure and brain pathology: A worrying find for India’s elderly

High blood pressure, along with significant increases in blood pressure in midlife, may be associated with brain pathologies in later life, according to an observational study published in The Lancet Neurology journal.

High blood pressure is becoming ever more prevalent in the country, which could place considerable burdens on India’s healthcare and elderly care services in the future. According to the Indian Council of Medical Research (ICMR), around 10.8 percent of deaths in India are attributable to high blood pressure — or hypertension. This new data could indicate that hypertension is a central driver behind India’s rising dementia rates.

One study which compared cross-sectional surveys in urban and rural areas from 1991 to 1994 and 2010 to 2012 found a rise of 23.0 percent to 42.2 percent and 11.2 percent to 28.9 percent in urban and rural areas, respectively. This demonstrates both a significant increase over time and a disparity between rural and urban areas, with urban dwellers far more likely to have hypertension. 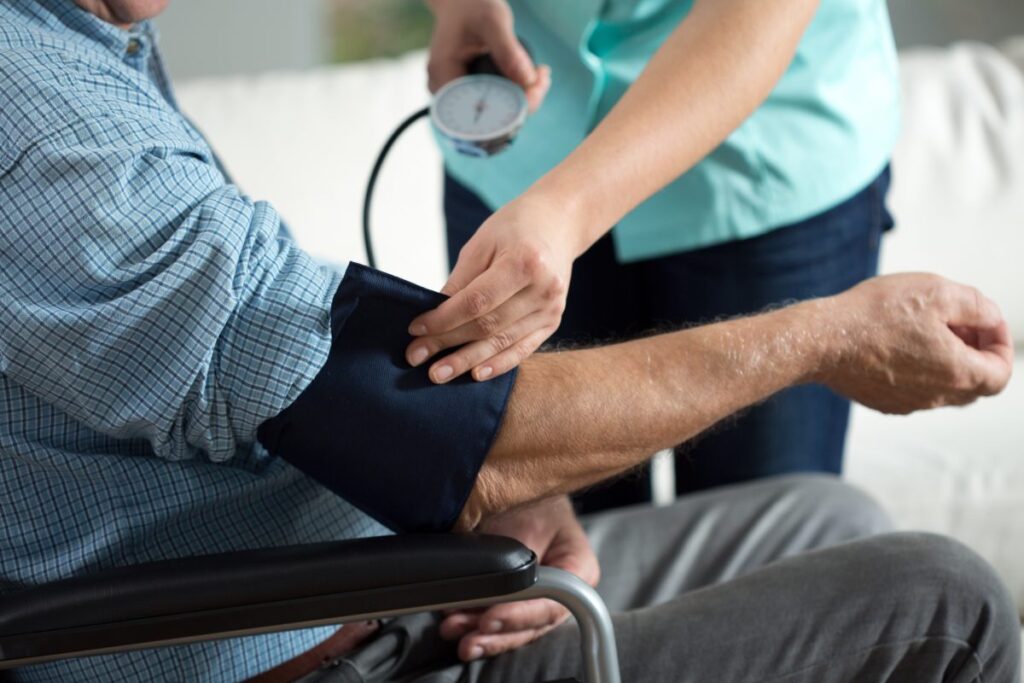 The study suggests that high blood pressure (140/90 mm Hg or higher) may lead to reductions in brain volume and higher levels of white matter hyperintensities within the brain (white matter brain lesions). The authors of the study theorise that such changes within the brain’s structure could lead to dysfunction in later life, leading to cognitive impairment. Such a theory is backed by current observations, but the mechanisms by which this occurs is currently unknown.

The researchers measured each participant’s overall brain volume at around seventy years of age, along with the volume of a region of the brain known as the hippocampus. Also measured were the extent of white matter brain lesions, amount of beta-amyloid plaques, and cognitive capabilities.

Notably, at this stage, cognitive decline was not observed. However, such morphological changes to the brain could indeed have further implications as the person ages.

“Our research builds on existing evidence around the role of blood pressure and subsequent brain pathology,” said lead author Professor Jonathan M Schott of University College in London. “We found that higher and rising blood pressure between the ages of 36 and 53 had the strongest associations with smaller brain volume and increases in white matter brain lesions in later life. We speculate that these changes may, over time, result in a decline in brain function for example impairments in thinking and behaviour, so making the case for targeting blood pressure in mid-life, if not earlier.”

At first glance the results could be viewed as implying conditions such as Alzheimer’s disease. This was refuted by the researchers, however, noting that high blood pressure during midlife did not seem to produce cognitive decline by the age of seventy, neither did it increase the rate of accumulation of amyloid beta — the protein observed as playing a major role in the development of Alzheimer’s disease.

While no observed cognitive decline was noted, the implications of brain shrinkage are complications occurring further down the line. This could in turn have a knock-on effect of increasing dementia rates within India, and indeed globally.

Two decades ago dementia was considered to be rare in India. However, current estimates place the number of patients with dementia in India at around four million. This may be a conservative estimate as countless numbers of people in rural communities may live with the condition without a diagnosis.

The number of people with dementia in India is predicted to rise considerably in the coming years. Any new information to assess reasons why such numbers are rising are worth investigating. Blood pressure is a known concern among the Indian population. The study indicates blood pressure testing must begin at a far younger age or risks may increase for health concerns in later life.