You are here: Home / Government policy / Haryana cracks down on online e-cigarette sales 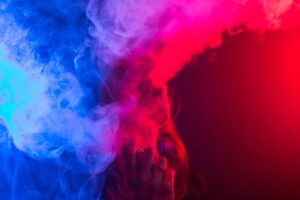 Haryana authorities are taking steps to block websites selling e-cigarettes and other electronic nicotine delivery system (ENDS) devices, which are prohibited in the state.

The move came following a Times of India exposé which revealed that sales of e-cigarettes were ongoing in Haryana and Punjab as well as the union territory of Chandigarh despite all of them implementing prohibitive policies banning the sale and manufacture of ENDS products. Online vendors were shipping e-cigarettes to Haryana’s Panchkula district, the exposé revealed, although they do not ship in Chandigarh or Punjab.

To prove their point, the Times of India placed an ENDS order worth Rs 3,822, which was received in Panchkula two days later. They subsequently informed Haryana drug controller Narinder Ahuja, who stated “this is not allowed. Do share the details so that I can stop these websites.”

Ahuja has since announced that “we have started the process of blocking these websites.” Punjab’s chief chemical examiner Rakesh Gupta affirmed that “we were monitoring these websites regularly with the support of the cybercrime experts. We even used to warn their administrators when Punjab banned the sale of [e-cigarettes] in 2013, so none of these online shops now take order from our state.”

Chandigarh, Haryana, and Punjab are among the multiple states in India where e-cigarettes are banned. The others include Bihar, Gujarat, Himachal Pradesh, Jharkhand, Karnataka, Kerala, Maharashtra, Mizoram, Puducherry, Rajasthan, Tamil Nadu, and Uttar Pradesh. In addition, states including Delhi and Goa have faced pressure to follow suit. Punjab was the first state to enact a ban in the country against ENDS.

The Union Health Ministry instructed state governments to impose bans on e-cigarettes last year whilst exploring its options to do so at the federal level. It secured a victory in this push earlier this year, when the Drugs and Technical Advisory Board reclassified ENDS under the Drugs and Cosmetics Act. The e-cigarette industry in India has appealed against such a ban.