Expanding access to treatment and targeting vulnerable populations will be a core part of a strategy to bring down the number of HIV cases in India, according to recent reports.

The Union Health Ministry intends to reduce the number of HIV cases in the country by 20,000 on a yearly basis in 2019 and 2020, according to an anonymous official. This will involve ensuring that antiretroviral therapy (ART) centres are made available for the treatment of individuals with HIV. Claiming that 540 such centres are operational nationwide at present, the official stated that the Ministry has directed an expansion of the same, so that “all government and private medical colleges will have ART centres only for the treatment of HIV patients.

As part of its strategy to reduce HIV infections, the Ministry will be conducting outreach to populations with a higher-than-average prevalence of the condition – including marginalised and often ignored persons such as those in prisons and women’s remand homes where the official claims that HIV cases are “five to six times more than that among [the] general population.” According to the National AIDS Control Organisation (NACO), the rate of HIV infection in India’s prisons stands at around 2.5 percent compared to a prevalence of 0.28 percent amongst the general population. Unsafe sex and intravenous drug use are identified as the drivers behind the comparatively high prevalence of HIV among India’s inmates. 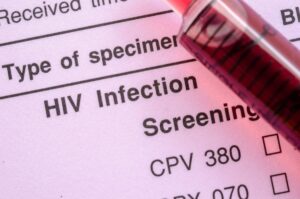 A HIV prevalence of 0.28 percent may seem relatively small but in a country as populous as India, this translates to a significant number of cases. India is home to 2.1 million HIV-positive individuals – the third-largest epidemic of HIV in the world. Fortunately, India is making progress in the fight against HIV/AIDS. Between 2010 and 2017, the number of new HIV infections fell from 120,000 to 88,000 whilst AIDS-related deaths fell from 160,000 to 90,000. However, there are gaps in this progress.

The proportion of individuals living with HIV aware of their status stands at 79 percent, of whom a mere 56 percent receive ART medicines to improve their quality of life, life expectancy, and reduce the risk of transmission. AVERT, an international HIV/AIDS charity, notes that “despite free antiretroviral treatment being available, uptake remains low as many people face difficulty in accessing clinics.” In addition, it states that “there have been shortfalls in the procurement, management and distribution of ARVs, HIV testing kits and other HIV commodities, mainly due to supply chain bottlenecks.”

One of the major issues impeding expanding access to treatment is social stigma which can facilitate a “lack of adherence to treatment”, particularly “among young people”. According to AVERT, “various reasons exist for this including the fear of disclosure and social stigma, low social support, inadequate communication and education, and depression related to living with HIV.”

The Centre has enacted legislation both expanding state-provided care under “test and treat” strategies and prohibiting discrimination against individuals with HIV/AIDS. As part of its new strategy to combat the disease, the official expressed hope that “greater number of ART centres will help the government in identifying patients and get them adequate treatment to further reduce the burden of the disease.” Meanwhile, they acknowledged that counteracting discrimination is vital: “it requires [an] aggressive awareness campaign.”